The 3-month-old has been reunited with his mother.

A baby who was kidnapped as his grandmother unloaded groceries has been found.

Police have arrested three suspects and they are now in custody. Baby Brandon was found alive and well but has been taken to the hospital as a precaution. 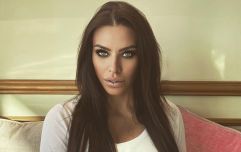 END_OF_DOCUMENT_TOKEN_TO_BE_REPLACED

San José Police said he has now been reunited with his mother.

They tweeted, "Baby Brandon has been located. He will be taken to a local hospital for an evaluation."

END_OF_DOCUMENT_TOKEN_TO_BE_REPLACED

A man entered his home in San José, California, and took the baby boy.

The 3-month-old was kidnapped in broad daylight as his grandmother unloaded her groceries.

According to reports, a woman who was with his grandmother has been arrested.

It is believed she was with baby Brandon and his grandmother just hours before the kidnapping took place.

Baby Brandon has been located. He will be taken to a local hospital for an evaluation.

We think all who helped by sharing the tweets. pic.twitter.com/l7arQ804kv

END_OF_DOCUMENT_TOKEN_TO_BE_REPLACED

"This was a person who was with the grandmother yesterday when they went shopping, she was present at the apartment complex when this happened," police confirmed.

"There have also been some inconsistencies with what she has told us."

The police praised their team for finding baby Brandon.

"Along with our detectives our Patrol Officers, who began this investigation played a crucial role in this entire incident.

"Many of us are fathers, mothers, we were not going to give up until we found him."

"We can also confirm that baby Brandon has been reunited with mom.

"We can relay her gratitude and thank yous to all who assisted."

Police issued an Amber Alert after baby Brandon was kidnapped on Monday.

They worked alongside the FBI until baby Brandon was reunited with his family.

popular
Love Island's Gemma finally tells villa about dad Michael Owen on TV
Prue Leith responds to her son's comments about abortion
Parent's Benefit Leave in Ireland is being extended from today - here's what you need to know
Irish girls name was the most used Irish name in the United States last year
Love Island: Danica sets her sights on Andrew as Luca asks Jacques about his relationship with Gemma
Love Island fans lose it over Indiyah's question about Ireland
Prince William shouts at photographer who was "stalking" his family
You may also like
1 month ago
Nurse arrested after child dies from poisoning in UK
1 month ago
Oklahoma passes bill that bans majority of abortions
1 month ago
2 children hospitalised amid US baby formula shortage
1 month ago
A couple in India has sued their son for over €600,000 for not giving them a grandchild
1 month ago
Australian girl found unconscious after she was left on bus in 29°C heat
2 months ago
Formal suspect identified by police in Madeleine McCann case
Next Page