Police locate mother of abandoned baby after 8 months in UK

The newborn was found alone in a park in April 2021.

Police in Birmingham have found the mother of a baby who was abandoned eight months ago.

The newborn was found in a park by a dog walker at The Mounds in Kings Norton, Birmingham on April 22.

END_OF_DOCUMENT_TOKEN_TO_BE_REPLACED

The baby was wrapped in a blanket and was fully clothed when he was discovered. He was taken to hospital for an examination. It is believed he was only hours old when he was found in the park.

The baby was named George by hospital staff and is believed to be doing really well.

Police confirmed, "He is doing really well and is being well cared for."

They also confirmed they have identified his mother after an extensive search.

As stated in our public appeals, our priority was always to ensure mom was safe and supported. We can confirm that no further action will be taken by us and, with partners, we are ensuring that she is getting the appropriate support and care she needs.

West Midlands Police praised the public for helping their investigation, saying: "The support from the public and media has been instrumental in identifying the mother. 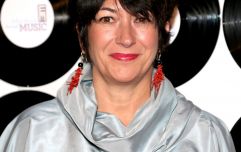 END_OF_DOCUMENT_TOKEN_TO_BE_REPLACED

"West Midlands Police received an overwhelming response with more than 1000 lines of inquiry and have since been able to locate the baby’s mother."

The police's main priority was to always ensure the mum was "safe and supported."

"We can confirm that no further action will be taken by us and, with partners, we are ensuring that she is getting the appropriate support and care she needs."

They stressed, "This is a very upsetting case, we would ask you not to speculate any further, as this is deeply distressing for those concerned."

They thanked the public for all of their help and support.

They added the case has been "a very sensitive and emotive matter for everyone. We wish the baby all the best in the future," investigators added.

popular
Cavan parents remember teenage son as "character of the family" on emotional PrimeTime interview
GPs will not be included in pandemic bonus payment
These are the top baby names for 2022
Madeleine McCann investigators say they've found new clues that could "heavily incriminate" suspect
Gardaí investigating woman's death after body found in apartment
Emmerdale star Toby Kirkup died hours after being discharged from hospital, inquest finds
People are only realising Kendall Jenner and Gigi Hadid are related and the reactions are gas
You may also like
8 hours ago
Bob Saget's wife Kelly describes him as "the best man" she's ever known
1 day ago
Marvel actor Gaspard Ulliel passes away aged 37 in ski accident
1 day ago
Jessie J opens up on her mental health after pregnancy loss
1 day ago
Second man arrested in connection with Ashling Murphy murder case
1 day ago
14-year-old girl rescued from kidnapping after police follow Snapchat location
1 day ago
Decision to charge or release murder suspect in Ashling Murphy case will be made today
Next Page