Pregnant teenager miscarries after Euros attack in the UK

Warning: this article contains details of assault and pregnancy loss that some readers may find distressing.

The victim was left suffering with seizures days after the attack.

An 18-year-old woman in the UK suffered a miscarriage and continuous seizures following a brutal attack after England's loss at the Euros final.

END_OF_DOCUMENT_TOKEN_TO_BE_REPLACED

Beth Newman, from Margate, Kent, had been watching the Euros final at the Quart In A Pint Pot pub with her aunt and a friend before the "completely unprovoked" attack, during which she was kicked in the head and stomach.

She had been leaving the pub shortly after 11pm on Sunday, July 11, when she was approached by a woman she did not know.

Speaking to Kent Online, she said: "It was completely unprovoked. I walked round past the first girl and was walking back towards the pub to grab my friends, and she just looked me up and down.

"I looked at her back, and she was like 'what the **** are you looking at?' I just calmly said 'what's your problem?'

"I started to walk away and she came up behind me and grabbed my plait, and punched me round the side of my head.

"I tried to defend myself, but before I knew there were just loads of them all on top of me." 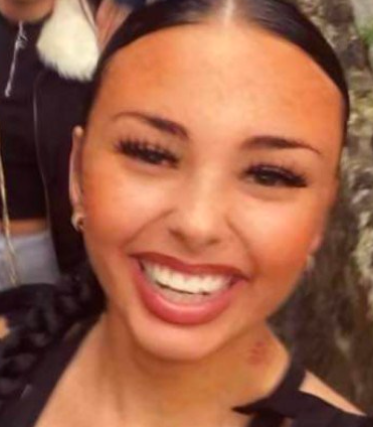 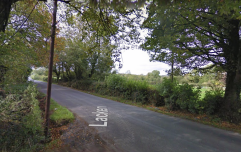 END_OF_DOCUMENT_TOKEN_TO_BE_REPLACED

Beth thinks she was assaulted by a group of between four to six women.

Her phone was also stolen in the attack.

Mum Kat Hazelton raced to the pub after being told her daughter had been assaulted and was left convulsing.

"It felt like it took hours to get there and when I walked round the corner to see her convulsing really badly, it was such a huge shock," she said. "Such a traumatising thing to happen to her and to witness. I've never been so scared."

The teen was rushed to hospital where she was treated for a head injury and remained for four days.

She says she remembers having seizures in the ambulance and waking up "in so much pain" the next day.

Sadly, two days after returning home from hospital she began bleeding and realised she had lost her baby. She was early on in her pregnancy.

Though a CT scan found no bleeds or fractures to her head, Beth continued suffering with seizures for several days after the attack. She is now awaiting an MRI and is scared to leave the house in case she is assaulted again or has a fit alone.

She said she is still confused over her assailants' motives as she didn't know them, believing they either wanted to rob her of her phone and money or just "didn't like the look" of her.

Kent Police confirmed they are investigating the assault and have urged witnesses to come forward.

popular
Top tips for keeping your fake tan on for longer as the weather heats up
Paige Thorne breaks her silence on Jacques O'Neill drama
TikToker shows how to avoid sweat stains by using pantyliners
Love Island producers respond to claims Jacques was kicked off the show for "bullying"
Ekin-Su Cülcüloğlu signs the biggest fashion deal in Love Island history
Met Éireann extends high temperature warning for Ireland this weekend
Apparently, THIS is the reason why Louise Redknapp split from Jamie Redknapp
You may also like
10 hours ago
Mrs Hinch on being Stacey Solomon's bridesmaid
13 hours ago
WizzAir flight makes 'lowest ever landing' at Greek airport - narrowly avoiding plane spotters
1 day ago
Gigi Hadid is soft launching her knitwear brand in time for Autumn
1 day ago
Joseph and the Amazing Technicolour Dreamcoat's Jac Yarrow on his Olivier nomination
1 day ago
Hayu is releasing an Emily in Paris themed reality show
1 day ago
What is an 'angel shot' and 'ask for Angela' and why is it so important?
Next Page