As a nation, we have to ask, 'When in God's name are we going to stand up to the gun lobby?'

The US President Joe Biden has called for action and paid tribute to the 19 children and two adults who were killed in a school shooting yesterday.

The shooting occurred in Robb Elementary School in Uvalde. According to authorities, the 18-year-old gunman was killed by police officers.

END_OF_DOCUMENT_TOKEN_TO_BE_REPLACED

The first victims have been named as fourth-grade teacher Eva Mireles, and eight-year old Uziyah Garcia.

In an address at the Roosevelt Room of the White House, President Biden said that it was time for the US to stand up to the gun lobby.

He paid tribute to the "beautiful, innocent" children who were killed and said, "It's time to act. We can do so much more."

He added: "I hoped when I became president I would not have to do this again."

END_OF_DOCUMENT_TOKEN_TO_BE_REPLACED

President Biden spoke about the children's parents who will "never see their child again, never have them jump in bed and cuddle with them."

He continued: "There's a hollowness in your chest, and you feel like you're being sucked into it and never going to be able to get out. 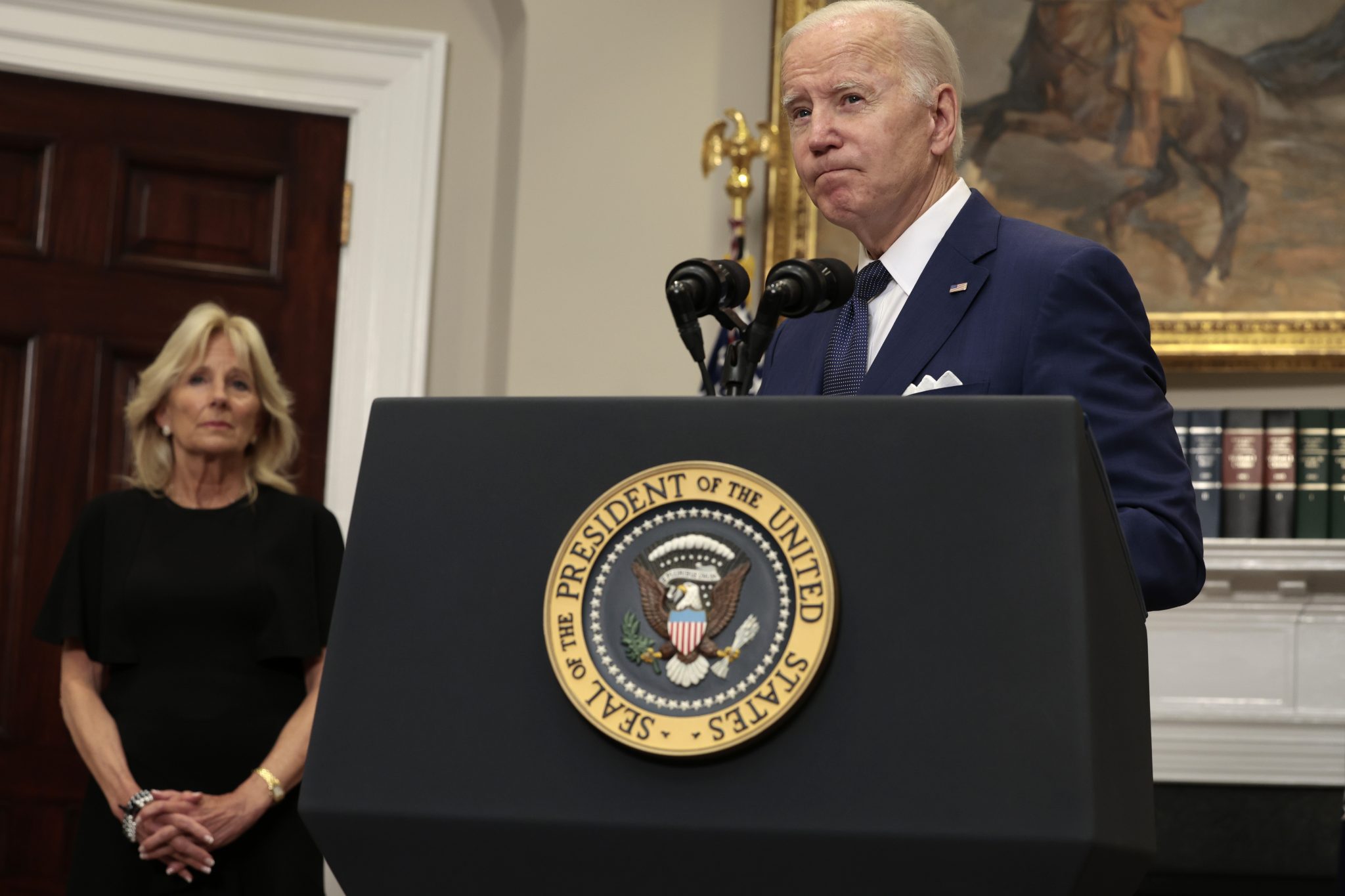 "It's suffocating and it's never quite the same."

END_OF_DOCUMENT_TOKEN_TO_BE_REPLACED

Biden then called for action, saying: "As a nation, we have to ask, 'When in God's name are we going to stand up to the gun lobby?'

The President then suggested reinstating the ban on assault weapons as well as other "common sense" gun laws.

He then called for the entire country to keep the victims in their prayers, and spoke about the pain he feels as a father who has lost a son.

Biden said: "So, tonight, I ask the nation to pray for them, to give the parents and siblings the strength in the darkness they feel right now.

"Our prayer tonight is for those parents, lying in bed and trying to figure out, 'Will I be able to sleep again? What do I say to my other children? What happens tomorrow?'"

The Texas school shooting comes just over a week after a mass shooting took place in a predominantly Black neighbourhood in Buffalo, New York. 10 people were killed, and the accused, Payton S. Gendron was charged with first-degree murder and taken into custody.