Miggeldy looks set to stick around.

President Michael D. Higgins has informed senior Government figures that he plans on seeking a second term in office, as reported by The Irish Times.

During the 2011 presidential election, Mr Higgins made it clear that he he would only be a one-term President but it appears that he has softened that stance.

The same report states that the President has informed a number of Cabinet Ministers about his intention to stand again, ahead of a formal announcement next month.

Senator Gerard Craughwell is the only person to have confirmed their position to run against Mr Higgins. It's expected that Fianna Fáil will offer no candidate in the presidential election, if one occurs, while Sinn Féin leader Mary Lou McDonald has expressed her desire to see a Sinn Féin candidate on the ballot.

Candidates require the signature of 20 Oireachtas members or four local authorities to sign the nomination papers. 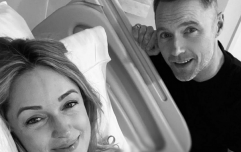 END_OF_DOCUMENT_TOKEN_TO_BE_REPLACED

At present, the provisional date for the presidential election has been scheduled for October 26th.

The same election should also contain two referendums on the issue of blasphemy and the clause in the constitution that makes reference to a “woman’s place in the home”.

popular
PERSONALITY QUIZ: Which Normal People character are you?
From Miami to Mallow: The Irish Instagram star who's renovating an old post office during lockdown
I tinted my eyebrows with fake tan - and other TikTok beauty hacks you should know
Aldi's velvet stools are just €25 and don't call us basic for wanting a pink one
After days of silence, Scott and Sofia finally comment on the break up rumours
This amazing hanging egg chair is coming into Aldi next week and go, go go (but safely)!
Someone has ranked the penis size of men from all over the world
You may also like
2 months ago
ISPCC/CHILDLINE and RTÉ 2FM team up for fundraising digital music show
2 months ago
#SocialDistancing: Unsurprisingly, we can expect a coronavirus baby boom in December
2 months ago
Early research suggests the coronavirus might be less harmful to children and pregnant women
3 months ago
We have had a sneak peek at Sostrene Grene's Easter collection and mark your calendars now
3 months ago
M&S launches 'Little Garden' campaign where families can collect and grow 12 different seedling kits
3 months ago
Making a Murderer lawyers to host a new true crime podcast about wrongful convictions
Next Page