The Duke of York is stripped of titles as court case against him proceeds.

Prince Andrew has had his military affiliations, and royal patronages revoked amidst the ongoing sexual assault case against him from Virginia Giuffre.

In a statement released to the Royal Family's Twitter account on Thursday, it was announced that Prince Andrew would be "defending this case as a private citizen".

A statement from Buckingham Palace regarding The Duke of York: pic.twitter.com/OCeSqzCP38 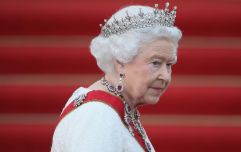 END_OF_DOCUMENT_TOKEN_TO_BE_REPLACED

The statement reads: "With the Queen's approval and agreement, The Duke of York's affiliations and royal patronages have been returned to the Queen.

"The Duke of York will continue not to undertake any public duties and is defending this case as a private citizen." 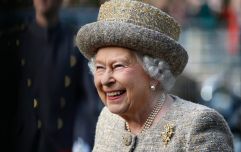 This is the reason the Queen didn't attend the royal Christening

END_OF_DOCUMENT_TOKEN_TO_BE_REPLACED

Giuffre alleges that the Duke of York trafficked her to Epstein and Ghislaine Maxwell, where she suffered abuse. The Prince has denied all such claims.

Through a 2009 document made public last week, it was revealed that Virginia Giuffre settled with Jeffrey Epstein for $500k (£371,000) while also agreeing not to sue any other "potential defendant". While Prince Andrew's legal team were hoping to use this document to discredit further legal proceedings, Judge Lewis Kaplan ruled in favour of Giuffre.

popular
Love Island's Danica said she felt "disrespected" in the villa
EastEnders star Samantha Womack reveals she has breast cancer
Dami explains why he was "angry" during the Love Island reunion
Actress Anne Heche in coma following car crash
Love Island's Remi accuses Jacques and Luca of bullying
Sleep expert reveals how to keep your bedroom cool this summer
Why Are Men so Obsessed With Boobs? The Answer is Pretty Surprising...
You may also like
7 months ago
The Queen has just launched her very own prosecco brand
9 months ago
You can now get a chance to smell The Queen
2 years ago
Royal fans are convinced that the Queen is showing behind-the-scenes support for Meghan & Harry
2 years ago
We completely missed the Queen's subtle nod to The Crown during her Christmas speech
2 years ago
Apparently there was a secret meaning behind the outfit that the Queen wore during her Christmas speech
2 years ago
The Queen gives out to Princess Anne for snubbing Donald Trump and we can't stop watching
Next Page