The PSNI has tonight been granted permission to hold Sinn Féin leader Gerry Adams for a further 48 hours to question him on the murder of Jean McConville.

Adams was arrested on Wednesday evening after volunteering to meet with the PSNI to discuss the murder of the mother-of-ten, who was abducted from her flat by the IRA in December of 1972 and became known as one of ‘The Disappeared.’

Her body was recovered on a County Louth beach in August 2003 but Mr Adams denies any involvement in the case. 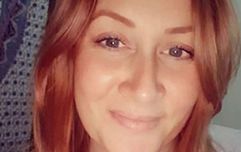 Man arrested in the UK in connection with disappearance of woman

END_OF_DOCUMENT_TOKEN_TO_BE_REPLACED

“Last month, I said that I was available to meet the PSNI about the Jean McConville case. While I have concerns about the timing, I am voluntarily meeting with the PSNI this evening,” he said ahead of his arrest on Wednesday.

Speaking to the media, Martin McGuinness branded the move "political policing", adding that the detention was "inextricably linked to the local government and European elections that will take place across this island in a few weeks".

popular
Buying fake designer goods abroad this summer can have some serious consequences
Love Island’s Afia explains why Gemma’s dad has not been mentioned on show
WIN: VIP experiences at Marlay Park and more of this summer's hottest gigs and festivals with Heineken
This €5 Boots serum keeps selling out after skincare fans claim it 'beat all the others'
Shaughna Phillips brands Love Island heart rate challenge "fixed" and "vile"
When will clothing stores learn we don't all have small chests?
Why Are Men so Obsessed With Boobs? The Answer is Pretty Surprising...
You may also like
4 months ago
Man arrested in Cork attack released without charge
4 months ago
Young male arrested in connection with Alanna Quinn Idris asault
4 months ago
Man arrested after crashing into Taylor Swift's apartment building and trying to get inside
5 months ago
Gardaí are planning to make an arrest in Ashling Murphy murder case
10 months ago
Katie Price in hospital with face injuries after alleged attack
3 years ago
Man arrested after throwing 5-year-old boy from 3rd floor of shopping centre
Next Page