Pub bans anyone under 25 because of coronavirus in England

A pub in North Yorkshire has banned anyone 25 years old and under from drinking there after the rise in coronavirus cases amongst young people.

The Oddfellows Arms in Sherburn in Elmet said the move was "in light of recent events".

It comes after the maximum size of social gatherings allowed in England was reduced to just six people.

"In light of recent events and an escalation in cases, we are now not serving anyone in the age bracket 18-25," pub owner Maggie Holmes told The York Press.

"Before anyone tries to say we are wrong, think of the implications for us as a business."

"This is not where we want to be. We would rather have a safe environment than a place which is teetering on the risk of closure. Please see that we are acting for everyone's best intentions at this time."

"We have some of the most amazing well-mannered, well-behaved customers in that age bracket, but we simply cannot take the risk. As soon as we feel safe to do so we will ensure everyone knows. Thank you for understanding."

A third of all Covid cases in England last week were those aged 20 to 29. 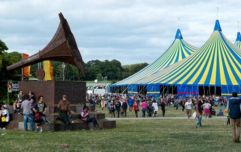 END_OF_DOCUMENT_TOKEN_TO_BE_REPLACED

Earlier this week, health secretary Matt Hancock told young people on Radio 1 Newsbeat: "Don't kill your gran by catching coronavirus and then passing it on."

"That second wave [in France and Spain] started largely amongst younger people, it then spreads."

"That hasn't happened here yet. And if people follow the social distancing rules, then we can stop that from happening here."

However, many have said that young people are being made a scapegoat for the rise in cases, as the government has encouraged to return to work and eat out.

popular
'Beard-baiting' is now apparently a dating trend - and we're all for it
QUIZ: How well do you really remember the first episode of Sabrina The Teenage Witch?
Curtain bangs are trending - here's everything you need to know
Someone has ranked the penis size of men from all over the world
Will there be a second season of Gilmore Girls: A Year In The Life? Here's what we know
Cheese, chocolate or pasta? What your food cravings mean
Kate Middleton has addressed the rumours that she's pregnant with her fourth child
You may also like
1 month ago
Lockdown pregnancy: Holles Street predicts baby boom come January next year
1 month ago
New Zealand records first COVID-19 cases in 102 days
2 months ago
Irish GP's video debunking face mask myths has been viewed 20 million times
2 months ago
Wearing a mask may dictate how sick you get with Covid, says new report
2 months ago
Grey's Anatomy will tackle the Coronavirus in season 17 and its impact on frontline staff
2 months ago
Mask up: 5 seriously stylish face masks to order now (because they will sell out)
Next Page