The young man is expected to enter a not guilty plea.

The 20 year-old was exempt from attending Middleton District Court yesterday, as the court was simply arranging a date for his hearing. 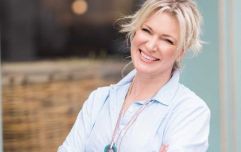 END_OF_DOCUMENT_TOKEN_TO_BE_REPLACED

Mr Allen has been charged with the unlawful possession of cocaine contrary to the Misuse of Drugs Act.

His hearing date in relation to the charge from last year will take place in the East Cork Court next month.

Joshua will enter a not guilty plea.

Allen's solicitor, Don Ryan, told the court that he will be bringing an engineer into court to act as a defence witness.

In response, Judge Gabbet said: "I am trying to understand why you would need an engineer in a drug case."

Ryan said that his client will maintain that he was not in possession of cocaine. With regards to the engineer, the solicitor said that he would be needed to offer evidence on the lighting on the night in question, as he maintains that it was very dark.

He added that due to these circumstances, his client could not be identified as the individual in possession of the drug.

Girls With Goals || Her · Ep.161: Feeling Peachy - Sharon Keegan of Peachylean on being an absolute BOSS!
popular
The fashion world is OBSESSED with potato brown right now – and for good reason
QUIZ: Can you beat Ross's quiz in Friends?
Woman buys 148 year old house, goes viral after finding secret passage way
Big Brother star left temporarily blinded and scarred after TikTok DIY beauty 'hack'
More footage of Tristan Thompson cheating on Khloe has emerged
Kate Middleton has addressed the rumours that she's pregnant with her fourth child
9 Dublin restaurants with outdoor dining we've already booked a table for
You may also like
6 days ago
Irish women unite in protest against stringent maternity restrictions
6 days ago
RSA confirm online theory tests to come into effect later this month
6 days ago
People are selling their Penneys appointments
6 days ago
Seven dead following shooting at birthday party in US
6 days ago
Hairdressers warn against no shows as salons reopen across the country
6 days ago
Penneys officially reopens for shopping by appointment
Next Page