Joshua Allen was arrested in Cork after a home was raided and Gardaí found him to be in possession of thousands worth of illegal drugs.

That was seven months ago.

Today, he signed a plea of guilty to six drugs charges which included the possession of over €13,000 worth of cannabis for sale or supply at Ballymaloe Cookery School.

END_OF_DOCUMENT_TOKEN_TO_BE_REPLACED

He was also charged with two further counts in relation to the possession of drugs on 5 September 2018.

According to RTÉ, Joshua was released on bail on condition that he sign on three times a week at his local garda station, surrender his passport, not apply for new travel documents, not leave the jurisdiction, and that he resides at home.

When Joshua was arrested last year, his mother and TV chef Rachel, made a statement to the Irish Mirror saying: "We are making a statement in response to, and hopefully to alleviate, the frenzy of enquiry and speculation on going in relation to our son Joshua. 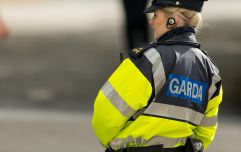 END_OF_DOCUMENT_TOKEN_TO_BE_REPLACED

"He has been arrested on suspicion of possession of drugs (marijuana) with intent to supply them to others.

"He has admitted his guilt immediately and co-operated fully with the Gardaí. A file has been sent to the Director of Public Prosecutions and when formally charged Joshua will be pleading guilty at the first opportunity.

"We are absolutely devastated at this turn of events. Our son is eighteen years old, has never been in trouble with the Gardaí, and has made a huge mistake, which will have profound consequences for him.

"We do not in any way condone his actions, in fact, we utterly condemn them, but it is not for us to condemn him."

popular
Vogue Williams slams man who refused to swap seats with her on plane
Mum charged with murder after allegedly leaving baby in hot car
This is the exact date the weather will get warm again
New Zealand family find two bodies in second hand suitcases
Crown Paints advert receives 200 complaints over 'misogyny' and 'everyday sexism'
10 must-have summer essentials that are perfect for your next sun holiday
Are we getting a mini heatwave in September?
You may also like
1 year ago
New Zealand votes to legalise euthanasia, but not to legalise cannabis
2 years ago
Approval granted for Ireland’s first medically supervised injecting facility
2 years ago
"They didn't force me to do it" - Michaella McCollum tells us her story
3 years ago
Fears about 'bad batch' of drugs on market after recent deaths of young people
3 years ago
Several hospitalised after warnings of 'bad batch' of ecstasy at Cork's Indiependence festival
3 years ago
Demi Lovato posted her first selfie since leaving rehab alongside a few emotional words
Next Page