Richard Hammond and wife "gassed and robbed" while holidaying in France

Richard Hammond's wife Mindy has revealed that she fears the couple were gassed when on holiday in the South of France.

The pair were staying in a villa in St Tropez and had hosted a 1920s-themed cocktail party the night they were burgled. After going to bed, Mindy heard a noise downstairs but assumed it was guests and went back to sleep.

Speaking to the Express, Mindy explained:

"The real horror story for me was that the night before we were late to bed and I heard a door downstairs shut. I thought, 'That's a bit bizarre', and decided I had to check it."

She continued: "I went downstairs and into the hallway. The door into the living room was shut but I heard a male voice behind the door.

"I thought it was another couple staying up and went back to bed. Actually, it was the burglars.

"That just makes my blood run cold. I could have easily walked in and it could have been unpleasant." 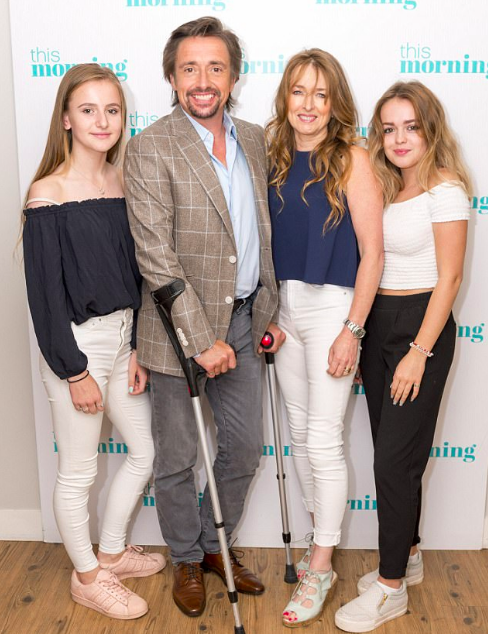 The family realised they had been a victim of crime when their 15-year-old daughter Willow noticed her watch was missing and other found they no longer had their wallets.

"You have got to have some kind of confidence to do that and to be quite satisfied that people aren't going to wake up," Mindy added.

"I'm pretty convinced we must have been gassed or something because they were in all of the bedrooms - they went where they wanted, into each room, opening and closing the drawers, searching through handbags etc.

"You have got to have some kind of confidence to do that and to be quite satisfied that people aren't going to wake up.

"That morning I slept in until eight. I didn't even wake to Richard's snoring! Nobody woke up."

The thieves were eventually arrested after they were spotted by police using CCTV footage just 48 hours after the break-in.