RTÉ said McDermott's contract "is due to expire shortly".

RTÉ has confirmed that presenter Eoghan McDermott will not be returning to 2FM.

The news comes after reports last week that McDermott was leaving the broadcaster after working with them on radio and television for six years. 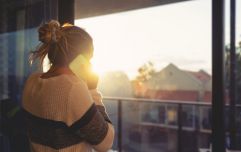 END_OF_DOCUMENT_TOKEN_TO_BE_REPLACED

A report in The Sunday World claimed that an RTÉ source told the paper that McDermott's departure was for personal reasons.

In a statement released on Monday, the broadcaster said: "RTÉ confirms that Eoghan McDermott will not be returning to RTÉ 2FM.

"His contract is due to expire shortly.

"RTÉ is developing a new direction for the 2FM Breakfast Show which will be revealed in the coming weeks.

"Doireann Garrihy will remain with the show."

After joining RTÉ from Spin in 2015, McDermott worked for The Breakfast Show on RTÉ 2FM, which he has hosted alongside Garrihy, for the past two years.

Together, he and Garrihy won the Best Breakfast Show award at last year’s IMRO awards.

popular
Designer Tom Ford's husband of 35 years dies at 72
New 911 call claims Brian Laundrie 'slapped' and 'hit' Gabby Petito
Dad pays tribute to two children, their mother, and friend killed at sleepover
New season of Great British Bake Off starts tonight
Louise Cooney shares the incredible skincare product that has left her skin looking and feeling its best
Derry Girls star speaks out after show called "distinctively British"
Holly Willoughby launches new lifestyle brand, Wylde Moon
You may also like
1 day ago
These are the restrictions being lifted today
4 days ago
Two men charged with the murder of Lyra McKee
1 week ago
Penneys issues warning to customers as autumn/winter inventory delays expected
1 week ago
Two teenagers hospitalised following attack in Dublin
1 week ago
"A lot of unanswered questions" say Gardaí as investigation into death of Kerry family begins
1 week ago
Thunderstorm and rain warnings issued for all of Ireland as Indian summer comes to abrupt halt
Next Page