Truly wild scenes from Dublin Airport, in the middle of a pandemic.

The report showed a number of Irish people who had just landed in Dublin Airport, fresh off a flight from Lanzarote. 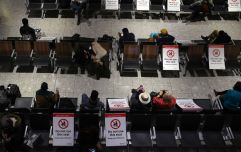 END_OF_DOCUMENT_TOKEN_TO_BE_REPLACED

As a result of the show, 'Lanzarote' was trending on Twitter in Ireland, with many taking to social media to complain about the holiday-goers.

The Labour Party's Alan Kelly used this as an opportunity to call the government's travel restrictions "half-baked", and say that stronger measures "have to be put in".

Speaking on the same programme, Kelly said: "Is it really credible to think that a flight load of people who actually made the decision to go out to Lanzarote are actually going to come home and quarantine in their houses?

"The idea that they'd actually go to Lanzarote in the first place says a lot... This is half-baked. This is not going to work. We're going to have to have mandatory quarantine in this country."

Speaking of the new Covid-19 variants, Kelly said: "These variants are on tour. They're on tour around the world. We're as likely to get somebody coming in and spreading this variant from Lanzarote, Lisbon and London as we are from Brazil or South Africa."

The proposals by Government on travel are totally half-baked. We are going to have to put in stronger measures as the numbers come down in order to suppress this virus. - @alankellylabour #RTEPT pic.twitter.com/AA6IJFjrij 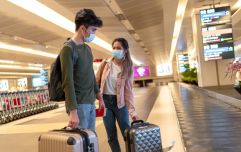 END_OF_DOCUMENT_TOKEN_TO_BE_REPLACED

As it stands, in Ireland, individuals are not permitted to travel outside of their 5km radius, preventing trips to the airport for non-essential travel. Speaking earlier this week, Minister for Transport Eamon Ryan said that current restrictions on travel may become stricter as time goes on.

Passengers arriving into Ireland without a negative PCR test in the 72 hours before arrival will have to stay in quarantine hotels for at least five days, under new plans expected to be approved by Cabinet on Tuesday.

Girls With Goals || Her · Ep.160: The Beauty Of Coaching - Hayley Harrison joins us from Sport Ireland
popular
Regé-Jean Page arrives in Ireland to shoot new movie
A pink tampon disposal glove has been created - by three men...
Government wants as wide a reopening as possible in May and June
Katie Holmes shares rare photo of daughter Suri to mark her 15th birthday
We're told to stay inside to stay safe, but Jennifer Poole was killed in her own home
Someone has ranked the penis size of men from all over the world
Khloe Kardashian has JUST confirmed she is pregnant
You may also like
1 week ago
Why Glamping Party Mayo is on my list of places to visit this summer
1 week ago
Kinsale named one of best places to retire in Europe by luxury travel magazine
2 weeks ago
10 best beaches in Ireland named by Lonely Planet
2 weeks ago
9 hotels and glamping spots we're dying to hit up for summer - whenever they open
1 month ago
You can now stay in a Bridgerton themed country house in the UK
2 months ago
The Cecil Hotel is due to reopen - and rebrand - later this year
Next Page