"The State was still then contesting that it had any responsibility for errors in the laboratories..."

Ruth Morrissey's solicitor has said that the State's apology regarding the CervicalCheck controversy couldn't have had "anything to do" with his client.

Cian O'Carroll, who also represented campaigner Vicky Phelan, said that Morrissey was could not have been included in last October's apology to those affected by the scandal, as the State were appealing a decision on Morrissey's case at the time. 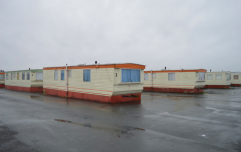 END_OF_DOCUMENT_TOKEN_TO_BE_REPLACED

He told Pat Kenny on Newstalk: "That apology in October in the Dáil, that was primarily around the issue of non-disclosure.

"In October when that apology was made, Ruth Morrissey was fighting a Supreme Court appeal by the State - claiming that they had no responsibility.

"So I don't see how you can now say that the October 2019 apology had anything to do with Ruth Morrissey. It couldn't, because if it did they couldn't have maintained their fight."

Morrissey tragically passed away on Sunday. She had been diagnosed with cervical cancer in 2014, after receiving two false negative test results from CervicalCheck in previous years.

Her husband Paul issued a statement following her death saying that it was now "too late" for a formal apology. Tánaiste Leo Varadkar responded by stating that all families affected by the scandal had been apologised to last year.

END_OF_DOCUMENT_TOKEN_TO_BE_REPLACED

O'Carroll said that Morrissey was "gutted" when the State appeal went ahead. He added that it was "a huge delay" for his client and that she was "watching the clock running down on her life."

"She was looking towards this spring for her daughter's first holy communion and she was planning something that would be akin to a large family wedding to mark that," he said.

"She knew that was going to be her last family occasion with her little daughter. That, unfortunately, didn't happen because of Covid-19 restrictions.

"Bt she desperately hoped that the last six months maybe wouldn't be marred by an appeal."

Girls With Goals || Her · Ep.155: 'Bits of Me' - Linnea Dunne on the importance of women's health
popular
Tried and tested: I tried the viral TikTok mascara hack to see if it really works
Matilda's Bruce Bogtrotter is a doctor now - and he doesn't even like chocolate
Scarlett Moffatt discovers ‘30% rain’ on weather app doesn’t mean chance of rain
Kate Winslet experienced "horrible" body shaming after Titanic
Louise Redknapp just admitted a shocking truth about her ex husband, Jamie Redknapp
Anne Hegarty shook by "worst ever" final Chase
You'll never cut a cake the same way again after seeing this TikTok trick
You may also like
3 days ago
Ireland could face "same challenges" in managing Covid next winter, says plan
4 days ago
Taoiseach Micheál Martin confirms Level 5 until April 5, with "three differences"
5 days ago
Stephen Donnelly clarifies comments on reopening of schools next week
5 days ago
Covid restrictions in England to be eased in March
1 week ago
It's over: Kim Kardashian files for divorce from Kanye West after seven years of marriage
1 week ago
"We need to pay student nurses and midwives now"
Next Page