The author said she wants to show her support for "Palestinian people in their struggle for freedom, justice and equality."

Sally Rooney has said she will not sell translation rights for her new book to an Israeli-based publishing company, due to her political views on the Israeli-Palestine conflict.

She said she would not work with the publisher, Modan, as it "does not publicly distance itself from apartheid and support the UN-stipulated rights of the Palestinian people."

While she was proud to have her previous books translated into Hebrew, she has decided to refrain from selling the rights to her latest novel.

Her previous novels, Normal People and Conversations with Friends, were translated into Hebrew by Modan. 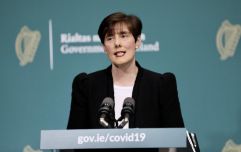 END_OF_DOCUMENT_TOKEN_TO_BE_REPLACED

In a statement issued by the author, she explained her support for the Boycott, Divestment, Sanctions movement , a campaign that works to “end international support for Israel’s oppression of Palestinians and pressure Israel to comply with international law."

She went on to say:

“Of course, many states other than Israel are guilty of grievous human rights abuses. This was also true of South Africa during the campaign against apartheid there.

“In this particular case, I am responding to the call from Palestinian civil society, including all major Palestinian trade unions and writers’ unions. 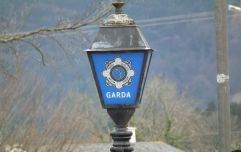 END_OF_DOCUMENT_TOKEN_TO_BE_REPLACED

“I understand that not everyone will agree with my decision, but I simply do not feel it would be right for me under the present circumstances to accept a new contract with an Israeli company that does not publicly distance itself from apartheid and support the UN-stipulated rights of the Palestinian people.

“The Hebrew-language translation rights to my new novel are still available, and if I can find a way to sell these rights that is compliant with the BDS movement’s institutional boycott guidelines, I will be very pleased and proud to do so."

Beautiful World, Where Are You was released in September and has quickly become a bestseller in Ireland and the UK. The book revolves around two best friends, Alice and Eileen, as they navigate through life and romantic relationships.

popular
Baby dies next to mother who drank 'two or three' bottles of wine then fell asleep
S Club 7's Hannah Spearritt and children left homeless after being forced from home before Christmas
Woman dies four days after proposal after using wrong spoon to stir tea
Clarins opens its first spa in Ireland (and the UK) on one of Dublin's busiest streets
"I feel like I lost myself": Nathalie Lennon on her mental health struggles and her latest project with Pieta
Irish pizzeria given perfect score by top food reviewer
Naked Attraction host left speechless after seeing contestant with 'world's biggest penis'
You may also like
3 weeks ago
Did William really call Harry the 'spare?' We're about to find out.
7 months ago
Love Island star Yewande Biala opens up about mental health on the show in new book
1 year ago
Angela Scanlon's first book set to be released in May
1 year ago
Holly Willoughby says husband grinds her gears over TV sometimes
1 year ago
Holly Willoughby admits she always fears being "cancelled"
1 year ago
Irish writers Naoise Dolan and Caoilinn Hughes longlisted for women's comedy prize
Next Page