"At that moment, there is a police officer trying to pull my arm. I didn't want to retaliate."

The woman who was held on the ground by police at the Sarah Everard vigil on Saturday evening has spoken out.

Patsy Stevenson appeared on Good Morning Britain this morning to talk about her experience at the Reclaim These Streets vigil in Clapham Common.

A woman is arrested by Metropolitan Police officers at a vigil in memory of Sarah Everard on Clapham Common, London. Photograph by @jackhillphoto pic.twitter.com/qhp8GFibNr 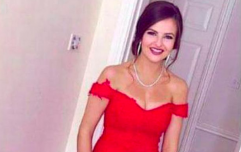 Ashling Murphy: when is enough enough?

END_OF_DOCUMENT_TOKEN_TO_BE_REPLACED

Stevenson told Susanna Reid and Ben Shephard that she "still didn't know" why she was tackled to the ground at the peaceful vigil.

She also added that members of the police were "aggressively talking to women" and that many were "saying quite a few things that made people angry". 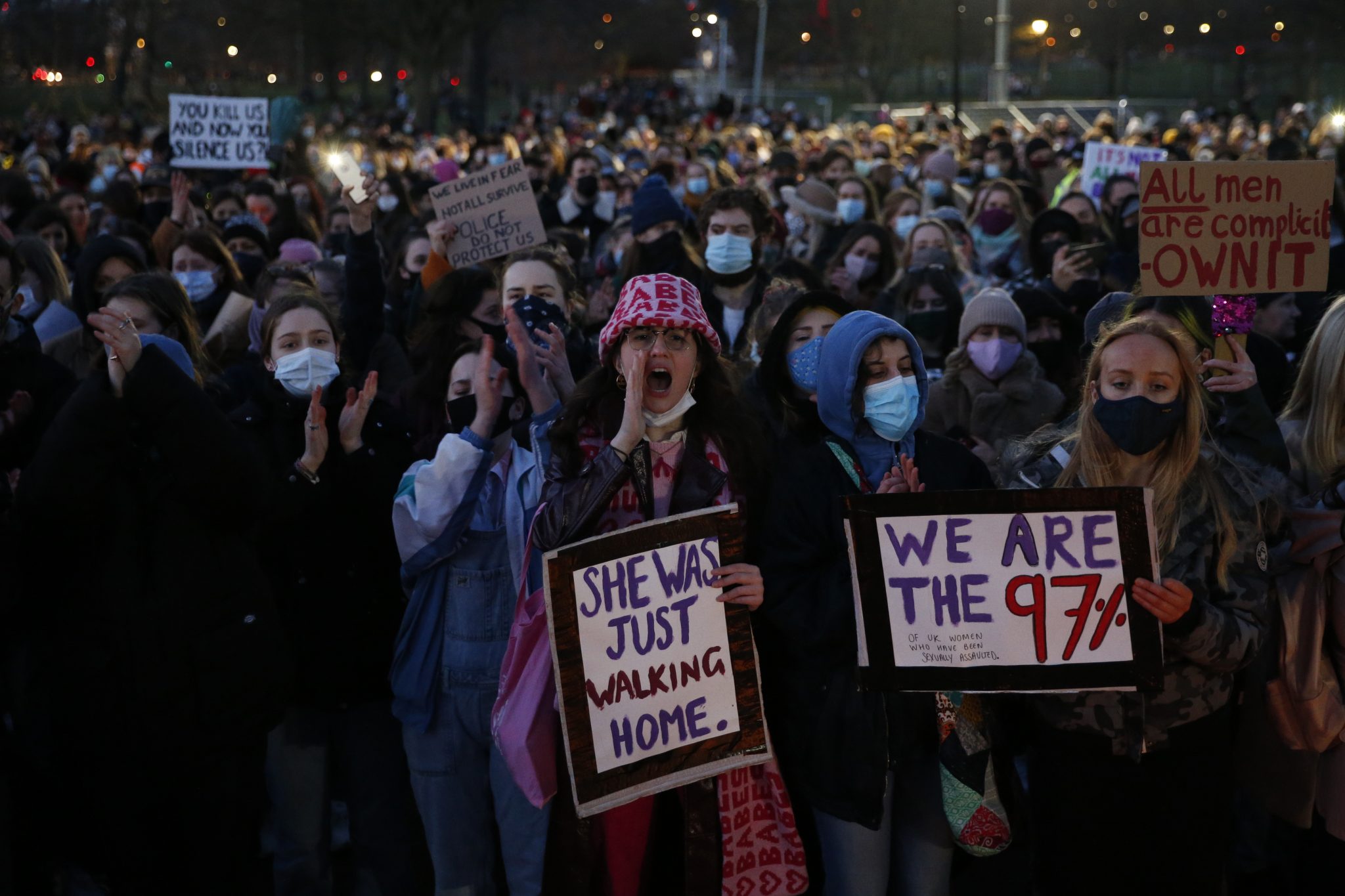 Speaking on the programme, Stevenson said "I was only there to lay a candle down. I didn't expect that to happen. When I first heard what was going on I wanted to go down." 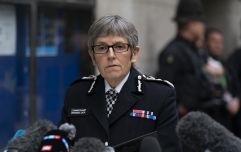 END_OF_DOCUMENT_TOKEN_TO_BE_REPLACED

Stevenson added that the vigil had been peaceful before the police arrived.

Images of Stevenson being held down by police officers went viral on social media over the weekend.

She continued: "I was terrified. I've never been so scared." 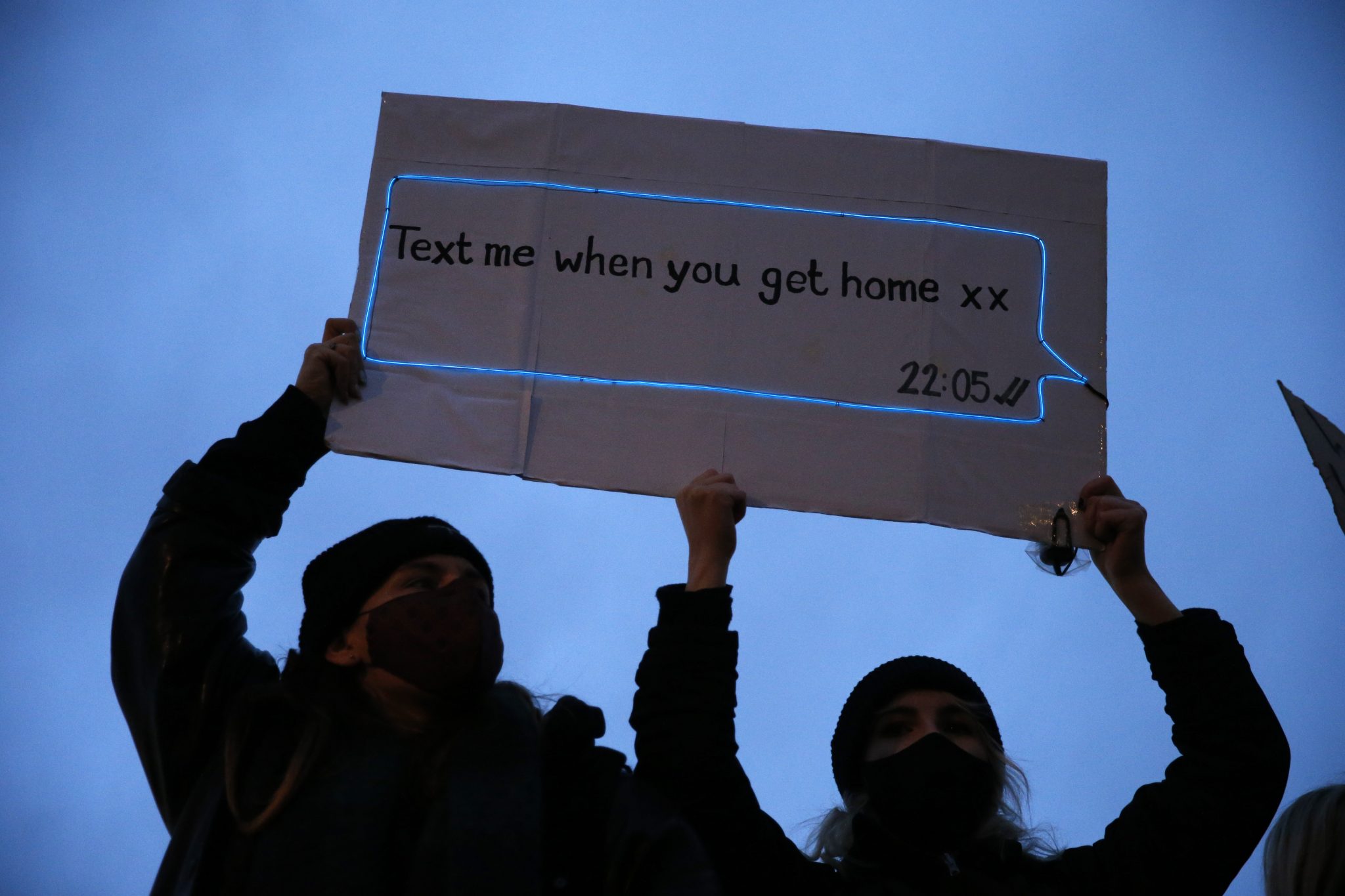 END_OF_DOCUMENT_TOKEN_TO_BE_REPLACED

Stevenson added that she is "fully aware that the police have to do their jobs", but insisted that the vigil was safe.

Met Commissioner Dame Cressida Dick has refused to step down amid calls for her resignation. 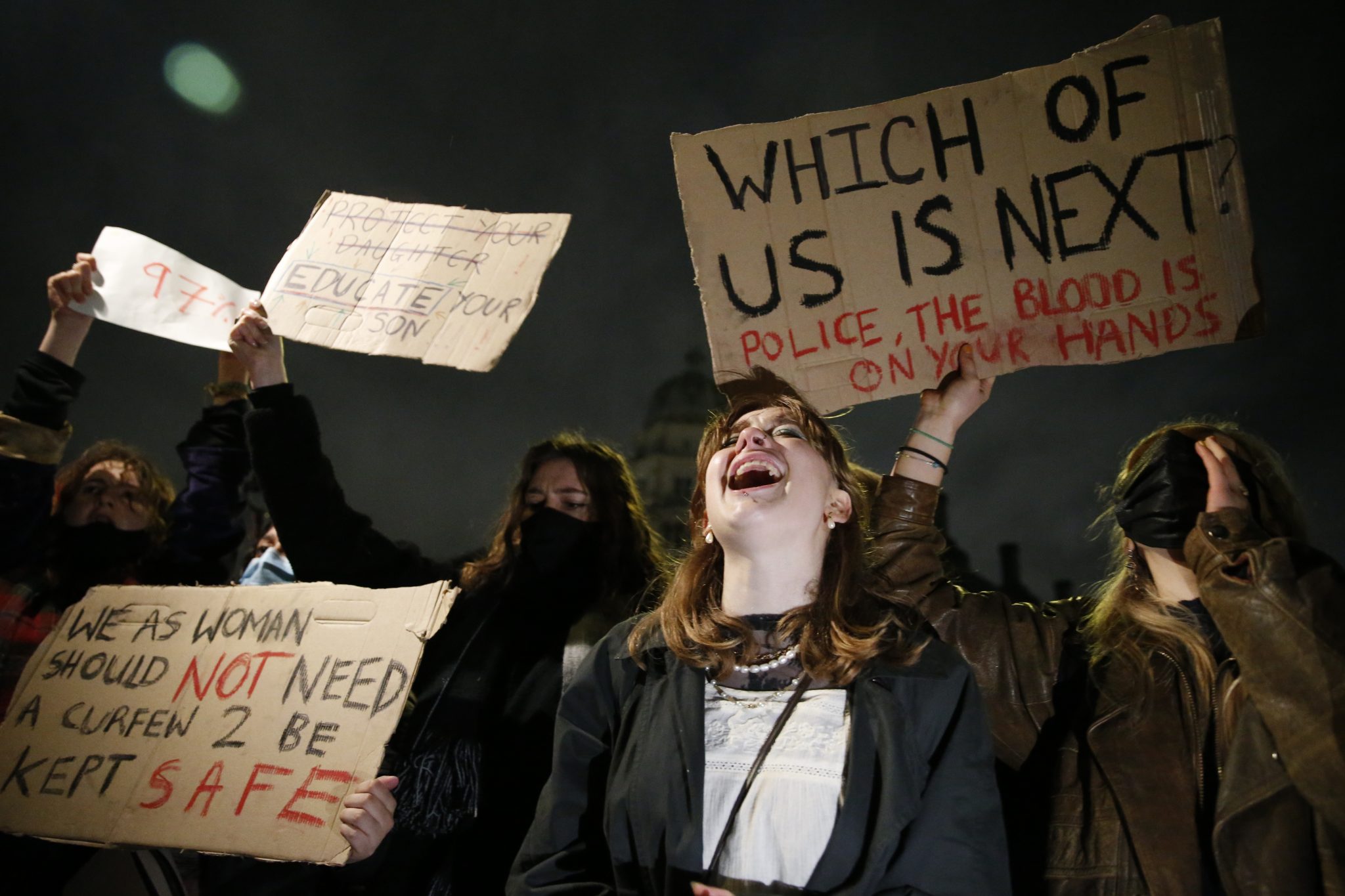 Dick also offered her support to the family of Sarah Everard, who disappeared on 3 March. Last week, authorities confirmed that human remains found in Kent belonged to the missing woman.

Several Reclaim These Streets protests are being planned in Irish cities this week.

popular
These are the top baby names for 2022
Man charged in connection with Ashling Murphy's murder
Teen who pushed girl “head first” under Dart to face trial in adult court
Netflix shares more pictures from Bridgerton season 2
Bob Saget's wife Kelly describes him as "the best man" she's ever known
People are only realising Kendall Jenner and Gigi Hadid are related and the reactions are gas
Here are the Covid restrictions that may be lifted as early as next week
You may also like
3 months ago
Man jailed for posing as police officer to "arrest" a lone woman in the UK
3 months ago
Sarah Everard protester "terrified" after '50 police officers' contact her on Tinder
3 months ago
Stop teaching women how to avoid male violence, teach men not to be violent
3 months ago
Wayne Couzens sentenced to whole life order for murder of Sarah Everard
3 months ago
Ex police officer 'used police ID' to kidnap Sarah Everard, court hears
4 months ago
Half of women feel unsafe walking home after dark
Next Page