Sinead O’Connor apologises for “lashing out” following death of son

"I am deeply sorry to have blamed anyone."

Sinéad O'Connor has apologised for "lashing out" at mental health services following the tragic death of her son.

END_OF_DOCUMENT_TOKEN_TO_BE_REPLACED

Sinéad previously condemned both the HSE and Tusla for their "refusal to accept responsibility" for the death, saying 17-year-old Shane had left hospital while on "suicide watch".

Taking to Twitter, she wrote: “26 hours after my son died in the so called care of the Irish State in the form of Tusla, I have yet to receive any contact from Tusla or their representatives. I was informed by Gardai of my son’s death and later I spoke with the GAL. No contact from Tusla is unacceptable.”

After she had “formally identified the remains of my son”, the singer added: “May God forgive the Irish State for I never will”.

Later, in another tweet, she said: “Now Tusla want to discuss with me ‘a media release’ no doubt wishing to have me join in their efforts to make this death of my child seem like it wasn’t at the hands of the Irish State.”

Now, the heartbroken mother has apologised for her heavy criticism.

"Ok, I’m gonna do the right thing here and apologise for my lashing out,” she said.

“Tusla are working with very limited resources. They loved Shane. 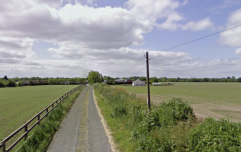 END_OF_DOCUMENT_TOKEN_TO_BE_REPLACED

"They are broken hearted. They are human. I am sorry I have upset them. We are a third world country. It’s not their fault.

"The issue is... we are a third world country. We have 12 beds in special care for suicidal teenagers. And no resources to save those who can’t manage life. 128 icu beds in the whole country.

“Tusla did their best. We all did: and I am deeply sorry to have blamed anyone."

She has since deleted her previous tweets.

She then explained that Shane will be laid to rest later this week with only his parents in attendance. 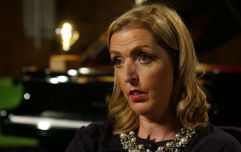 END_OF_DOCUMENT_TOKEN_TO_BE_REPLACED

Shane, who was Hindu, had left behind several requests for his wishes, asking for only flowers or Hindu objects to be sent to his mortuary or Loughlinstown hospital.