Someone in Ireland is €1 million richer after the Euromillions draw

With the Christmas season fast approaching, we wouldn't complain if we got a bit of extra cash in our pocket.

Hell, even €5 would suffice but one lucky person in Ireland will have plenty more loose change than that after becoming a millionaire on Tuesday night, when National Lottery confirmed one winner of the Ireland-only raffle Euromillions draw, worth €1 million. 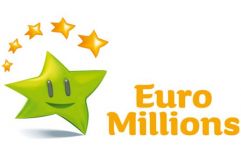 END_OF_DOCUMENT_TOKEN_TO_BE_REPLACED

The winning raffle ticket code on the EuroMillions Ireland-only raffle prize is I-HKM-23791.

However, this week's draws will see each of the 10 Ireland-Only raffle winners receiving the usual €5,000 and they'll also be placed in another draw to be in with the chance to win a life-changing €1 million.

Players are being urged to check their tickets to see if they own the lucky ticket and it's not currently known where the winning ticket was purchased.

A player from the the UK, meanwhile, won the overall EuroMillions jackpot, which was worth just over €48 million, a staggering amount of money.