Several people injured as a result of stabbing attack in Munich

Police have warned people to avoid Rosenheimerplatz in Munich city centre as a result.

Police in Munich are on the hunt for a man in his 40s who injured several people in a knife attack in the city centre on Saturday morning.

Warning: please avoid area around #Rosenheimerplatz,Ostbahnhof&Ostpark! The offender is still on the run.If possible stay in your houses

The suspect has been described as man in his 40s, wearing grey trousers and a green jacket, carrying a backpack with a sleeping mat. 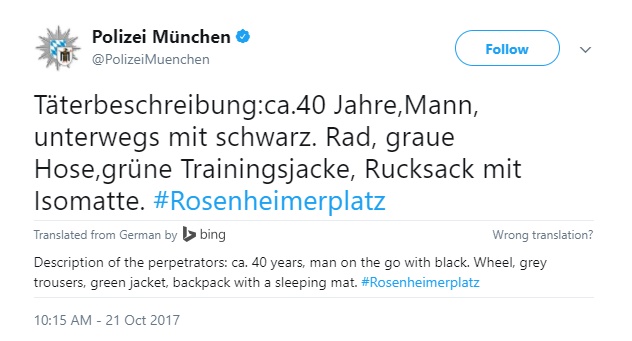 Police in Munich have urged people to avoid the area around Rosenheimerplatz station until further notice.