Along Came A Spider and Subset have joined forces to promote the 20x20 movement through a powerful artistic contribution to its message.

The movement aims to make women's sport part of our cultural DNA in the way that men’s sport currently is.

The artwork, unveiled at Camden Row in Dublin on Thursday, portrays Victoria, the Roman Goddess of Victory, whose name is derived from the Latin ‘vincere’, meaning ‘to conquer’ or ‘to win’. 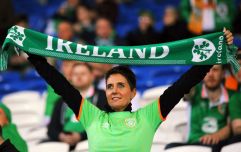 Women's sport will be in the spotlight before tonight's Ireland match

END_OF_DOCUMENT_TOKEN_TO_BE_REPLACED

The Romans were fanatical about sport but women were excluded from both watching and playing. This portrayal of Victoria pays tribute to the cultural shift that has taken place since a time when women and girls were completely unsupported in their sporting ventures, to today when we celebrate women’s and girls’ skills and sporting successes through the 20x20 movement. 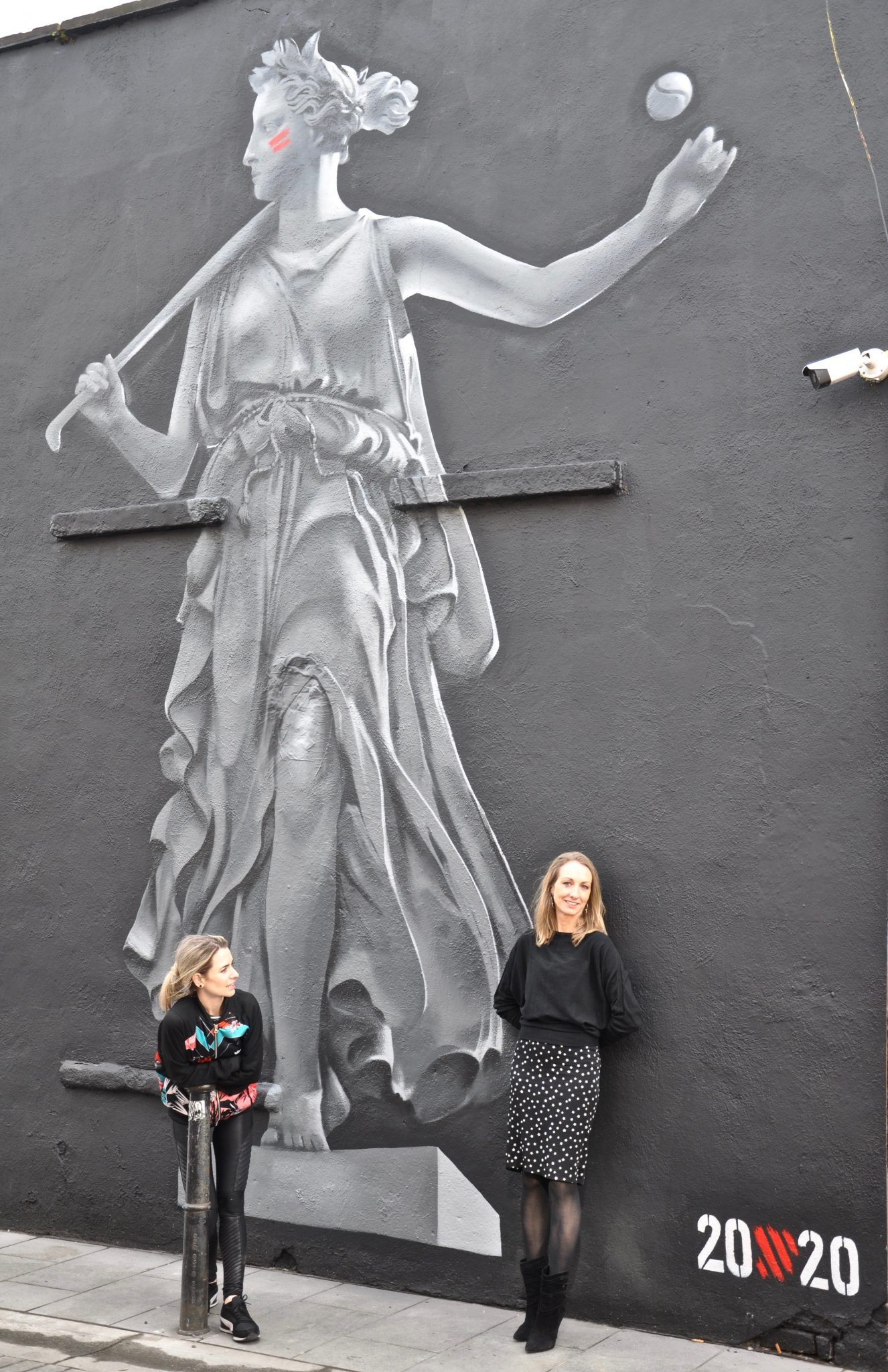 The 20x20 initiative aims to champion women and girls in sport through its key message ‘If She Can’t See It, She Can’t Be It’. This work plays to this message, showing Victoria - who is historically portrayed with a palm branch - instead holding a hurley and sliotar as a modern alternative.

She also is seen sporting 20x20’s two signature red stripes on her cheeks, as the movement this week asks everyone to #ShowYourStripes for women in sport in the lead up to International Women’s Day by pledging to attend more, play more, or promote more women’s sport, as people post their pledges on social media. 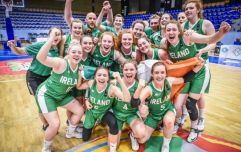 END_OF_DOCUMENT_TOKEN_TO_BE_REPLACED

“We in Along Came A Spider developed the 20x20 initiative to create a movement that would shift our cultural perception of women in sport and further change the landscape of sport for future generations. We are proud that 20x20 has gained such traction with the public, Irish sport and with the media, with well-known creators such as Subset keen to collaborate with us in bringing the message to life. This artwork makes us stop and think about the cultural bias which has existed throughout history around women in sport – and the need to change it," Sarah Colgan, CEO of Along Came A Spider, commented. 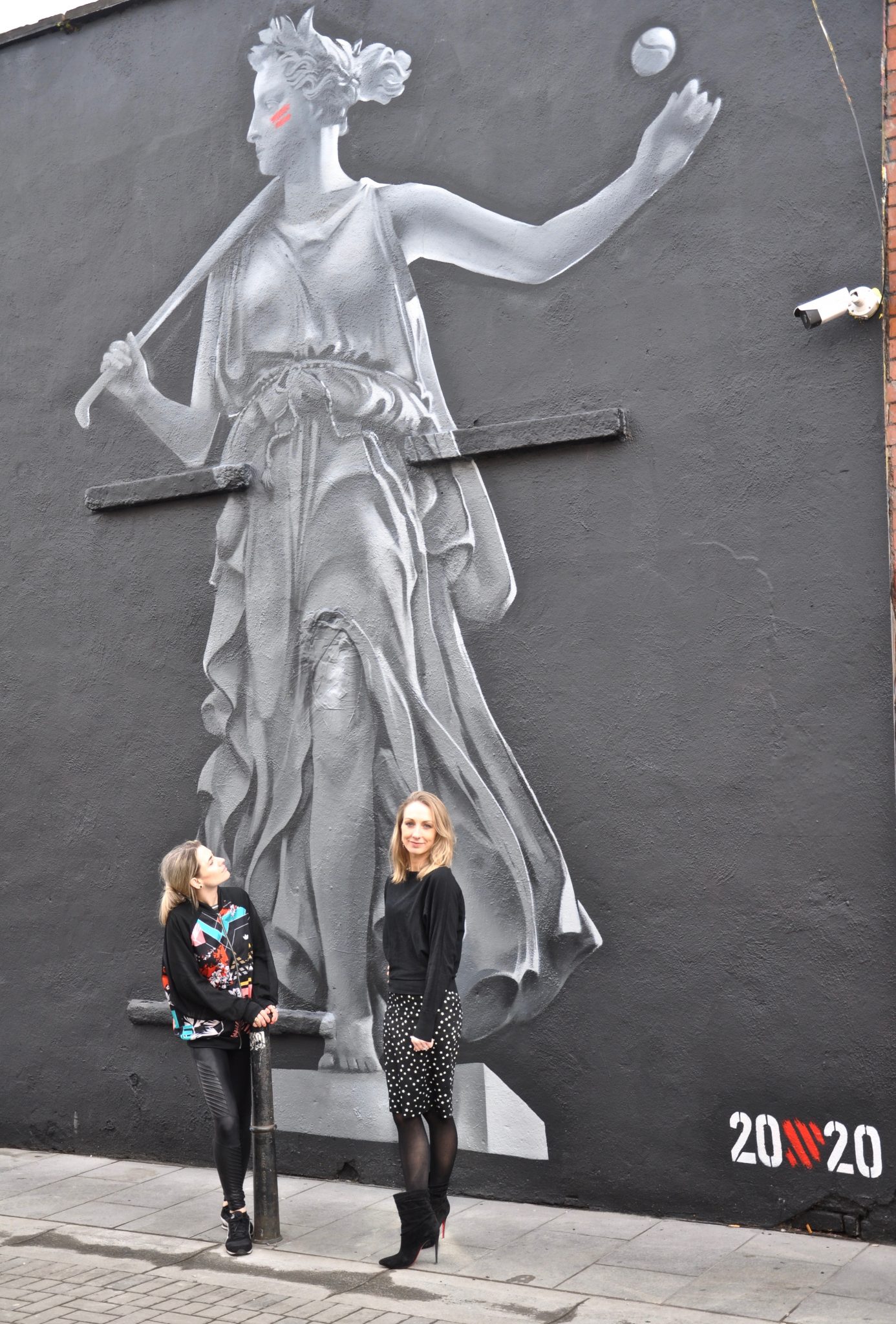 “Different things get people out of bed in the morning; the founding principle of Along Came A Spider was to create work that can challenge the status quo and deliver positive change. As a core team of experienced communicators and persuaders, we want to apply our skills to create ideas with purpose and to deliver an impact we can feel proud of," Heather Thornton Creative Director added.

popular
Woman dies four days after proposal after using wrong spoon to stir tea
Woman spots dead husband in promo video for Indian restaurant
"I feel like I lost myself": Nathalie Lennon on her mental health struggles and her latest project with Pieta
Redhead girl stabbed with scissors at school 'because of colour of her hair'
S Club 7's Hannah Spearritt and children left homeless after being forced from home before Christmas
Naked Attraction host left speechless after seeing contestant with 'world's biggest penis'
Anne Hathaway shares disappointing news about The Princess Diaries 3
You may also like
2 years ago
Katie Taylor nominated for prestigious BBC Sports Personality of the Year award
2 years ago
5 times Simone Biles was the absolute GOAT
2 years ago
WATCH: Simone Biles just did a triple backflip, a move not even recognised in women's gymnastics
2 years ago
BBC broadcaster Holly Hamilton: "It feels like the soul has been taken out of sport"
2 years ago
Maxine O'Sullivan: "People don’t talk about the mental side of horse racing"
2 years ago
Brazil's female footballers to be paid the same as men
Next Page