You probably think this is a joke – surely all fruit – by nature – is vegan? But this is not the case – at least not in Tesco.

The supermarket chain has come under fire recently for adding animal products to some of its fruit – as the store is currently selling some produce coated in protective wax that contains shellac, a product made by female lac bugs.

As well as shellac, Tesco has confirmed that some of its oranges are labelled as non-vegan due to the use of beeswax as a post-harvest coating. The same applies to some other citrus fruits, including lemons and limes.

Will do better for vegan consumers

Beeswax and shellac are commonly used to coat citrus fruits as they help keep the produce fresher for longer. They also make the fruit look shiny and tempting and as if it has just been picked from the tree. 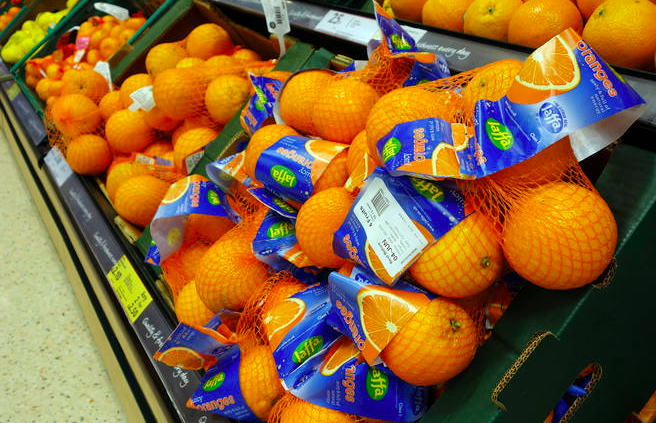 END_OF_DOCUMENT_TOKEN_TO_BE_REPLACED

However, due to the growing number of people seeking out plant-based options, Tesco claims to be looking into ways to support its supply chain to switch to animal-free protective coatings.

Over the past few years, Tesco has stood out as one of the more vegan-friendly supermarkets out there.

Having significantly increased its holiday plant-based range last year, it also revealed that it is looking to offer a plant-based alternative to every animal product it sells.

Derek Sarno, a chef and Tesco’s director of plant-based food, co-founded Wicked Kitchen in a bid to help people move away from animal products, in the name of animal welfare.

“I decided to go vegan because, as a chef, I feel responsible for the food that I feed people and believe we can do it in a much more compassionate way that can be just as delicious as any animal product out there,” he told Veganuary recently.