Waiting on my kids on Wednesday afternoon, I picked up my phone and happened to see journalist Frank Greaney's series of Tweets proclaiming the verdict of the Belfast rape trial.

Greaney's tweets stated that all four defendants had been found not guilty: the jury of eight men and three women took 3 hours and 45 minutes to reach the conclusion that there was not enough evidence to prove guilt beyond reasonable doubt.

Because of my personal experience I have followed this case carefully. I'll admit I was devastated by the verdict. In my anger, I hastily fired off a Tweet - albeit one which resonated with an awful lot of people:

Why would ANY victim of a sexual crime report? WHY? There is so little chance of justice where rape or sexual assault is involved. My heart goes out to that woman. Abused, degraded, exposed, vilified and now discredited by a shitty misogynistic legal system. #IBelieveHer

Very quickly, however, the backlash arrived... and it arrived almost exclusively from men.

"She should be sent down. Slapper that was feeling bad about herself with a hangover."

"This tweet is exactly what she's looking for. Attention and sympathy, after getting caught having a 3some (sic) with some 'famous' people she's cried rape..."

"When they regret something that they done which has a negative effect on their reputation and try to find a sick way out of it."

Looking through the responses to other tweets that were using the hashtag #IBelieveHer I found similarly angry sentiments - sentiments that also came almost exclusively from men.

Meanwhile, women were (for the most part) expressing sympathy with the woman at the centre of the trial; sharing stories of their own #MeToo moments, and calling for changes to the justice system.

VIDEO: Paddy Jackson speaks to media with his solicitor after his acquittal. His barrister Brendan Kelly QC can be seen listening in the background. pic.twitter.com/pZAS7htl0t 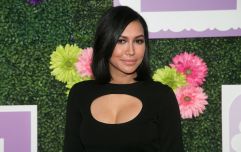 END_OF_DOCUMENT_TOKEN_TO_BE_REPLACED

So why the massive disparity in responses between the genders? Why were men (with a few notable exceptions) so very angry? Why was it mostly women using #IBelieveHer and offering kindness and support?

When it is mostly women who are victims of sexual violence and mostly men who are doing the perpetrating - this particular pattern of behaviour was certainly striking.

VIDEO: Stuart Olding’s solicitor Paul Dougan reads a statement prepared by his client. Mr. Olding was cleared of forcing the woman to perform oral sex on him. pic.twitter.com/GcTDMfrGdn

What would it take for more men to see that the current justice system feels adversarial to women? Because it does not welcome us in, or put us at our ease; it stretches us thin while probing every nook and cranny of our pasts. It actively looks for something in our history that might make it seem like we actually 'wanted it'.

In Ireland, fewer than 32 percent of rapes are reported to gardaí. So we cannot know the full extent of the sexual violence that exists within our society. Certainly, it is likely to be much more widespread than most of us could imagine.

And that is shameful.

Still, on a more positive note, our understanding of consent and respecting other people's body autonomy has come a long way.

I naively thought it was a given that we all understood what CONSENT means.
Surely it's simply being a decent human being...someone who respects themselves and in turn others.
But from what I have read by some today...classes are clearly needed.#rtept

Increasingly, there is a broader social acceptance of the necessity of informed, ongoing, and enthusiastic consent when sexual activity takes place.

Now our legal systems (both in Ireland and the UK) just need to catch up.