A number of Irish names have made it onto this year's list.

Met Éireann, the UK Met Office and the Dutch National Weather Service (KNMI) have unveiled the list of names for the 2021/22 storm season.

Since 2014, Met Éireann and the UK Met Office have been working together on the Storm Names partnership to help raise awareness of the potential impacts of severe weather and were joined by KMNI in 2019. 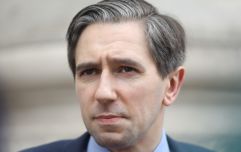 END_OF_DOCUMENT_TOKEN_TO_BE_REPLACED

Similar to previous years, each weather service has contributed names reflective of their nation and culture, mainly suggested by members of the public.

"Irish names that have made it onto this year’s list include Barra (Finbarr), Méabh, Pól and Seán," a statement from the Department of Housing, Local Government and Heritage reads.

"In a recent public vote, Diarmuid was put to a vote along with Duncan, Dudley and Dafydd… and Dudley was the winner, perhaps reflective of the magic of Harry Potter."

As part of international storm-naming conventions, the letters Q, U, X, Y, and Z are left out of consideration for storm names. 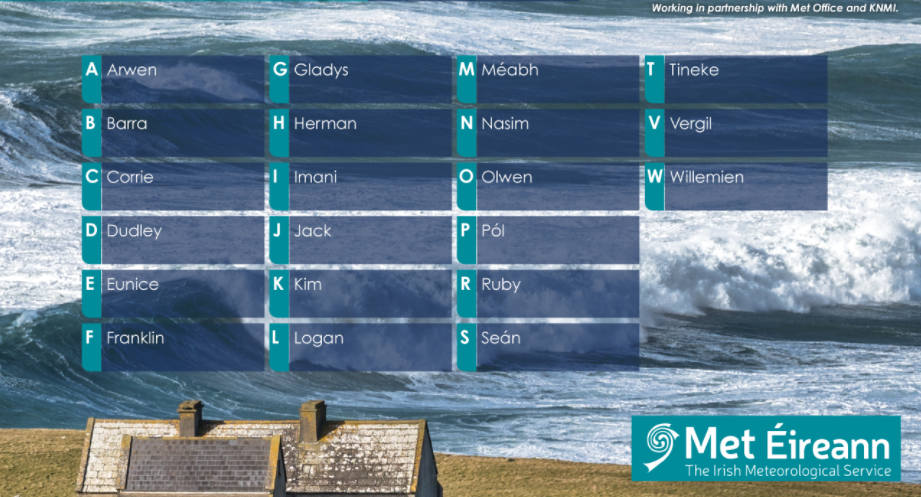 popular
How to turn 20 days of annual leave into 50 days off
Apparently, THIS is the reason why Louise Redknapp split from Jamie Redknapp
Richard Madeley under fire for comments about Kate Middleton's waist
Man arrested after woman raped on train as passengers filmed it
Police launch investigation after woman "spiked with needle" in UK nightclub
70-year-old woman reportedly becomes first-time mum after welcoming baby boy
WATCH: The first trailer for Ozark Season 4 just dropped
You may also like
5 days ago
Liveline caller says free contraception not needed as “everybody has an imagination”
1 week ago
New search operation launched for missing Leinster women
1 week ago
Investigation launched following reports of rape threats on DART
1 week ago
Human remains found in Cork pub over 70 years old, Gardaí say
1 week ago
Weather warning issued for 5 counties amid unseasonably hot October weather
1 week ago
Petition to save Merchant's Arch from hotel hits 17,000 signatures
Next Page