There’s going to be another new IKEA in Ireland

Those willing to make the trek to Dublin’s north side have been revelling in the joys of IKEA for the past 7 years.

For everyone else, the wonderlands of a IKEA were probably too inconvenient to access. After an absolutely phenomenal year in 2015, it’s no surprise that the company have decided to open yet another branch in Ireland – this time in Cork. 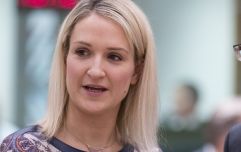 END_OF_DOCUMENT_TOKEN_TO_BE_REPLACED

According to The Evening Echo, IKEA representatives have met with senior officials on Cork County Council, including the Chief Executive Tim Lucey on possible locations in the Cork region for such a store.

Earlier this year, IKEA announced pre-tax profits from the Ballymun outlet exceed €13.1m for 2015. Unsurprisingly, it was the company’s best financial year in Ireland since it opened in 2009.

The Evening Echo states Blarney, Mallow or the Amgen site in Carrigtwohill have been noted as possible locations.

The news comes the same day as the Carrickmines branch opens its doors.

The new store is the first in the world to trial a new Order and Collection Point.

According to The Irish Times, the new branch is located in The Park, Carrickmines and will be a smaller version of the outlet in Ballymun.

Although not quite as large in size, this store will have other features including the opportunity to chat with staff about the products available.

Girls With Goals || Her · Ep.151: 'A Story Shared' - Aoife P. Rafter on blogging during a pandemic and living with CF
popular
Zoe Alexander Says X Factor Made Her Look Like a 'Fool'
"I don’t know where I’d be without her:" Paul Mescal chats new girlfriend in candid new interview
Gwen Stefani reportedly pregnant with baby number four
QUIZ: Can you guess the TV show from the kitchen?
The way Diana told William about Charles's affair with Camilla will break you
Someone has ranked the penis size of men from all over the world
Kevin Hart apologises to wife and kids on Instagram after cheating scandal
You may also like
3 days ago
MP questions why there's no "minister for men" in the UK
3 days ago
RTÉ presenters apologise after attending leaving party amid Level 5 restrictions
3 days ago
All minks to be culled to stop spread of Covid-19 in Ireland
3 days ago
Irish violinist Patricia Treacy to perform at Joe Biden's inauguration next year
4 days ago
'Revenge porn': Why some victims don't want you to use the term to describe image based sexual abuse
4 days ago
Here's what to do if you have been affected by image based sexual abuse
Next Page