Theresa May has resigned as Prime Minister of the UK

Maybe, all along, she just wanted to outlast Gordon Brown.

Prime minister Theresa May has resigned her post, announcing she will depart on June 7.

She will stand down as leader of the Conservatives, and by consequence from 10 Downing Street, due to mounting pressure from virtually every corner of her party - members, MPs and cabinet. 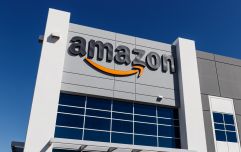 END_OF_DOCUMENT_TOKEN_TO_BE_REPLACED

On Friday she met with Sir Graham Brady, the chair of the 1922 committee. Brady is seen as the shepherd for the parliamentary Conservative party and the arbiter of a leadership contest.

Shortly after she made a statement announcing her resignation.

Until a successor is selected May will remain in post as a flurry of state occasions fill the calendar. Donald Trump's state visit, a by-election in Peterborough and the 75th anniversary of D-Day both take place in the week before.

The UK's next prime minister will be selected by the Tories' 100,000 paid up members. Go democracy, go Brexit.

Boris Johnson is favourite to replace her. A poll of the party's members found he is the first choice of 39 per cent of the membership.

All the other contenders don't get out of single figures apart from Dominic Raab, who is the first preference for 13 per cent. 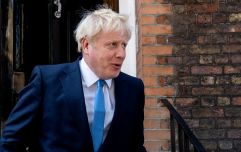 END_OF_DOCUMENT_TOKEN_TO_BE_REPLACED

A run-off between Raab and Johnson would see the former foreign secretary smash the former Brexit secretary 59 to 41.

However, BoJo is loathed by a lot of Tory MPs. In order to prevent Johnson from reaching the final two candidates and membership vote, which he would surely walk, they need to play the leadership contest masterfully.

Which, if the last three years are anything to go by...

In Johnson's favour is the cosmic rise of Nigel Farage's Brexit party - some of his Tory colleagues will view him as the only person with sufficient charisma to combat him.

As of May 29, Theresa May will have outlasted Gordon Brown's two years and 319 days as prime minister. Maybe that's what all this was about from day one?

Girls With Goals || Her · Ep.161: Feeling Peachy - Sharon Keegan of Peachylean on being an absolute BOSS!
popular
The DIY frozen coffee recipe that's so delicious you'll never pay for an iced latte again
Khloe Kardashian has JUST confirmed she is pregnant
Vicky Phelan rethinking cancer trial after "horrendous" reaction to treatment
Wayne and Coleen Rooney spotted holidaying in Ireland
How to INSTANTLY unblock your stuffy nose (we swear this works)
This is the easiest way to determine you may have VIKING heritage
"There is a difference": Holly Willoughby calls out porn director's view of "normal" sex
You may also like
1 year ago
"This is a springboard to do something ballsier" Snow Patrol's Gary Lightbody on what's next for the band after 25 years together
1 year ago
The EU has agreed to a Brexit extension until 31 January 2020
1 year ago
A 'fair and balanced' Brexit deal has been reached
1 year ago
Breaking down Budget 2020 - here's exactly what you need to know
1 year ago
Brexit could be really bad news for anyone that loves online shopping
1 year ago
Buying from British websites could become slower and very costly thanks to Brexit
Next Page