Rio 2016 has been a memorable affair.

From the scandal to the heartache to the joy, it’s certainly one we’ll be talking about for years to come.

And what would it have been without the smiley happy duo of joy that is the O'Donovan brothers. The brothers were the first of the Irish cohort to win a medal when they finished second in the men's double sculls. 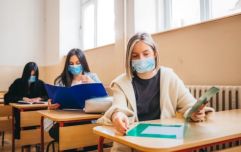 END_OF_DOCUMENT_TOKEN_TO_BE_REPLACED

It wasn’t just their athletic prowess that quickly made them firm favourites of Olympics viewers, but also their brilliantly grounded, unaffected media appearances afterwards.

They gifted us with some amazing one-liners and inspired a diet of shteak and spuds.

Now the boys are coming home and thousands are expected to flock to their hometown in celebration.

“It’ll be massive, I tell ya – put an extension on to the town for the night, we’re a bit worried about what’s going to happen.”

“We’ll take it as it comes, sure it'll all be a bit of craic anyway and hopefully everyone will enjoy it, and there’ll be some kids out that’ll enjoy it as well and they might take away something for future years as well, get a bit of inspiration you know?”

“That’s what it’s all about, really.”

Crowds gathered at Cork airport tonight as the boys touched down for the first time.

While the details of the full celebrations in Skibb tomorrow are scarce, a welcome parade will start with An open-top bus taking Gary and Paul and their coach Dominic Casey along the Cork Rd, into North St and then turning right onto Main St before arriving at the Fairfield.

Girls With Goals || Her · Ep.160: The Beauty Of Coaching - Hayley Harrison joins us from Sport Ireland
popular
Doctors warning young people against 'sun cream contouring' TikTok trend
Easy DIY: A super-chic pallet daybed for garden entertaining
28 amazing Irish glamping spots for your 2021 staycation
The countdown is on! 10 things we'll be racing to Penneys for when they open
First Look at David Seaman and Frankie Poultney's Wedding...
Someone has ranked the penis size of men from all over the world
Billie Lourd dressed her baby as Princess Leia this week - and our hearts
You may also like
6 days ago
Irish collective release new female empowerment pop anthem
1 month ago
Neon knit of dreams: These Irish handmade pieces offer an alternative to fast fashion
5 months ago
WATCH: JANDO's Christmas ad about loved ones abroad has us in tears
9 months ago
Love that natural energy: The Naked Collective is the type of clean, healthy, and vegan company that we need right now
10 months ago
We are obsessed with these stunning local handmade soap bars by Little Village Soaps
1 year ago
Ones to watch: Eight rising Irish music stars to fangirl this year
Next Page