The worst of Storm Hannah is over, according to Met Éireann, but her effects are still being felt in several counties.

The storm, which raised a status red warning from the national meteorological service, hit the southwest coast last night, and had a serious effect on the power lines. 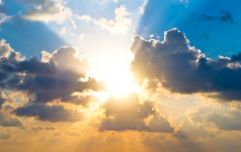 Unusual summer temperatures are on their way this weekend

END_OF_DOCUMENT_TOKEN_TO_BE_REPLACED

According to ESB's Powercheck service, there are several clusters of power faults in the southwest counties. In the Ennistymon region alone, there are 1188 homes without power. In coastal regions of Kerry and Cork, thousands more homes have been effected.

On Twitter, ESB has confirmed that the power will be out in certain areas until as late as 8.30pm today.

Hi @jennifer_falvey the ERT for the outage affecting this area is 8pm, however our crews are working to restore power as quickly and safely as possible. For updates on the outage please visit https://t.co/cwxXH3X4kM. Apologies for the inconvenience caused.

Hi @siobhan_forsean apologies for the inconvenience caused, the ERT on the fault affecting your home is 8.30pm, however, our crews are working to restore power as quickly and safely as possible. For info on the outage affecting your area, please visit https://t.co/cwxXH3X4kM.

popular
Family of four found dead in hotel sauna
Will the clubs be reopening on October 22? Here's what we know so far
Someone has ranked the penis size of men from all over the world
Police search for missing 4-year-old girl in Australian outback
Little Mix's Leigh Anne Pinnock addresses haters in tearful speech at 30th birthday party
It looks like it's all over between Maura Higgins and Giovanni Pernice
"Real-life consequences": Strictly's Adam Peaty addresses near-kiss rumours
You may also like
1 week ago
Weather advisory issued for 10 counties as heavy rain to batter the country
1 month ago
Met Éireann issues weather warning for 22 counties
1 month ago
The full list of storm names for Ireland in 2021/2022 has been released
1 month ago
Weather warning issued for 3 counties over "heavy and possibly thundery" rain
2 months ago
Met Éireann issues 3 weather warnings for eight counties
2 months ago
The weather is finally meant to get better after the heavens opened this weekend
Next Page