Independent candidate Marese Skehan from Thurles was found dead at her home on Monday.

The election of candidates will not take place in the Tipperary constituency on Saturday after independent candidate Marese Skehan passed away this afternoon.

It is understood her death is not being treated as suspicious.

Following the news of Skehan's death, Deputy Michael Lowry has expressed his deep sadness saying: "I have known Marese for many years. She cared passionately about the plight of the underprivileged and disadvantaged and was always a great source of support and assistance to those in need. She will be sadly missed by all those who had the pleasure of knowing her. Deepest condolences to her family and many friends."

In terms of the General Election, it means that people in Tipperary will not cast their ballots with the rest of the country on Saturday.

Legislation states that if a candidate in any constituency dies after the final day for nominations, “the returning officer shall forthwith notify the Minister and the Clerk of the Dáil of the death of the candidate and at the same time, if notice of the poll has been given, he shall countermand the poll."

Skehan's death occurring more than 48 hours before polling means that nominations have to be re-opened by the local returning officer, who then has to give nine days for new candidates to enter the race.

The polling date will then be fixed by Minister Eoghan Murphy - whose department oversees the election – for some days after that. 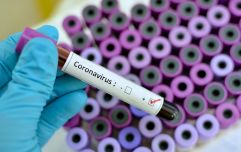 #Covid-19: 36 further deaths, 345 new cases of coronavirus in the Republic of Ireland

END_OF_DOCUMENT_TOKEN_TO_BE_REPLACED

This means that the election in Tipperary will be delayed and that none of the seats in the constituency will be filled this weekend.

RTÉ has reported that the Department of Housing has confirmed that the existing field of candidates will have to be countermanded by the Tipperary returning officer.

That will mean that the make up of the 33rd Dáil is unlikely to be known next week.


popular
The eye cream that produced results in 24 hours (I'm now a complete convert)
You only need five ingredients for this delicious Maltesers and Baileys fudge
Woman demands her twin sister change her adopted daughter's name as she wants to use it
Patient in Covid-19 ward spat towards nurses on "four to six occasions"
#Covid-19: Pharmacist shares how to tell the difference between hay fever and coronavirus symptoms
This STUNNING €40 Zara dress is all you need to update your wardrobe for summer
The super flattering Zara dress that is essential for your summer wardrobe
You may also like
9 hours ago
Cork girl battled cancer at 20 months old - now she and her mum are fighting for research funding
3 days ago
#Covid-19: 16 further deaths, 370 new cases of Coronavirus in Ireland
3 days ago
Five-year-old boy dies following farming accident in Roscommon
3 days ago
'Tired of hiding' Singer Duffy pens detailed blog post about her kidnapping ordeal
6 days ago
Legendary soul singer Bill Withers has died, aged 81
1 week ago
Documentary featuring inspirational influencer Jade McCann is available for pre-release now
Next Page