It said the new policy will "protect competitive fairness" at events.

Swimming’s world governing body FINA has voted to ban athletes who have gone through male puberty from competing in women’s events.

It will instead set up an open competition category, open to athletes “without regard to their sex, their legal gender, or their gender identity”. 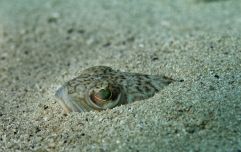 END_OF_DOCUMENT_TOKEN_TO_BE_REPLACED

The new policy was passed with 71% of the vote from 152 FINA members.

However, male-to-female transgender athletes are still eligible to compete in the women’s category “provided they have not experienced any part of male puberty beyond Tanner Stage 2 (which marks the start of physical development), or before age 12, whichever is later”.

FINA president Husain Al-Musallam said: “We have to protect the rights of our athletes to compete, but we also have to protect competitive fairness at our events, especially the women’s category at FINA competitions.”

"FINA will always welcome every athlete. The creation of an open category will mean that everybody has the opportunity to compete at an elite level. 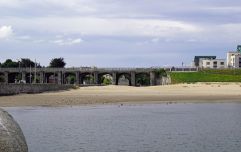 END_OF_DOCUMENT_TOKEN_TO_BE_REPLACED

"This has not been done before, so FINA will need to lead the way. I want all athletes to feel included in being able to develop ideas during this process."

The issue of transgender inclusion in sport has become a major and highly divisive talking point as of late, as sport seeks to balance inclusivity while also making sure there is no unfair advantage.

Transgender inclusion advocates argue that there are not yet enough studies on the impact of transition on physical performance.

The debate intensified earlier this year after University of Pennsylvania swimmer Lia Thomas became the  first transgender NCAA champion in Division I history after winning the women's 500-yard freestyle.

The new move means Thomas will be not be allowed to compete in the women’s category in future.

FINA has confirmed that its new policy will come into effect immediately.

popular
Hilary Swank, 48, reveals she is pregnant, expecting twins
Davide Sanclimenti opens up on having kids with Ekin-Su Cülcüloğlu as he turns down Dancing On Ice
So apparently George and Mollie from Love Island aren't actually step siblings
Lush to open its biggest Irish store this winter
Angelina Jolie accuses ex-husband Brad Pitt of abuse
People are being warned not to dress as Jeffrey Dahmer for Halloween
Joanne McNally is set to be on tomorrow's Late Late Show
You may also like
2 weeks ago
Ellen Keane: "It was only in sport that I learned how incredible my body is"
1 month ago
Swimming caps for Afro hair have been approved for elite sports - but why not sooner?
3 months ago
WATCH: Incredible moment coach saves swimmer as she faints underwater
9 months ago
Cody Simpson's sister Alli breaks neck in swimming accident
9 months ago
Mona McSharry has just broken yet another Irish record
1 year ago
Róisín Ní Riain finishes in 6th place with new personal best in Paralympic final
Next Page