A 10-year-old girl has been left "shocked and shaking" after escaping from a stolen car.

The young girl was waiting for her father at a petrol station in Belfast when the robbery took place. Colin Ashwood, the girl's father, explained that he was paying for petrol in the Spar store. 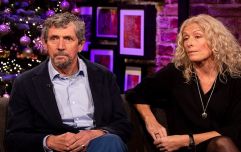 END_OF_DOCUMENT_TOKEN_TO_BE_REPLACED

His daughter was sitting in the passenger seat, listening to music. The robbery took place at around 9. 20 pm on Tuesday, January 11th.

The dad explained that a man got into the car, but quickly jumped out when he realised he wasn't alone. Mr. Ashwood's daughter then leaped out of the car and ran into the shop.

Her dad said she was terrified after the ordeal.

He told Independent.ie: "She came running in squealing saying: ‘Daddy, daddy - someone is stealing the car. By the time I got out to the car he had sped away.

"It is just the way he walks up to the car, gets in, and then sees my daughter in the passenger seat before jumping out and running away."

After his daughter ran into the shop, the thief returned and sped away in the father's vehicle.

END_OF_DOCUMENT_TOKEN_TO_BE_REPLACED

However, the incident was captured on CCTV. The PSNI is currently investigating the robbery. PSNI Sergeant Adams has appealed for witnesses.

"A grey Seat Leon was taken from the forecourt of a petrol station in the Tates Avenue area of the city."

The suspect has been described as being 5'10" in height, slim build, and has light brown/ ginger hair.

He was wearing a grey top and blue tracksuit bottoms when he stole the car.

The dad said his daughter is still shaken but is taking good care of her.

popular
Women are rinsing their hair in apple cider vinegar – and the results are amazing
"Hair contouring" is about to be huge, here's everything you need to know
The Puppet Master: Where is Robert Hendy-Freegard now?
New photo of Bernadette Connolly released as investigation continues
Love is in the air: 3 new fragrances we love – just in time for Valentine's Day
Here is how your trendy bath bombs are actually really bad news for your vagina
Damian Lewis pays touching tribute to late wife Helen McCrory with Irish poem
You may also like
1 week ago
Healthcare staff who worked in Covid exposed environments to receive €1,000 bonus
1 week ago
Calls for all of Government to respond to gender-based violence in wake of Ashling's murder
1 week ago
Ashling Murphy will be laid to rest in Tullamore on Tuesday
1 week ago
"A special girl": Ashling Murphy's parents pay tribute to their daughter
2 weeks ago
Up to 150,000 Covid cases may not have been counted over the past month
3 weeks ago
Teenager drowns off the coast of Arranmore Island, Donegal
Next Page