“A young life taken too soon."

Tributes are being paid to bride-to-be Laura Connolly who was killed in a hit-and-run incident in Co Donegal.

34-year-old Connolly was hit by a van just after 2.45am on Sunday morning on the N15 at Townparks, Lifford, Co Donegal.

END_OF_DOCUMENT_TOKEN_TO_BE_REPLACED

Emergency services attended the scene and took Connolly to University Hospital Letterkenny, where she later died. A man has since been arrested in connection with the death.

Laura's uncle Andy Connolly has paid tribute to his niece online, and urged anyone with any information on the incident to come forward.

"A girl so full of life - a son and boyfriend, father, mother and brother all left with their world turned upside down,” he said on Facebook.

Local SDLP councillor Jason Barr also shared a tribute to Laura online, writing that his heart “aches" for her family.

"Laura was one of the most caring, out going, bubbly, mad as a box of frogs girls you could ever meet, if you wanted a laugh, Laura would of gave it to you,” he said. “A young life taken too soon in such tragic circumstances.

“My whole hearted condolences goes out to her mum and dad, fiancé, son, siblings the wider Connolly family circle and her close friends. May god give you all the strength to get through this.” 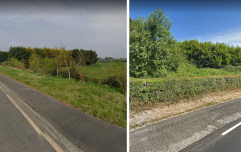 END_OF_DOCUMENT_TOKEN_TO_BE_REPLACED

According to the Irish Times, Laura had been window shopping for wedding dresses a few hours before she was hit by the van.

She had said goodbye to a friend before walking in the direction of Lifford, where she was hit. The van did not remain at the scene.

A man in his 40s has since been arrested in connection with the incident under section four of the Criminal Justice Act.

popular
Terrie McEvoy responds to trolls who commented on her pregnancy weight
Police release bodycam footage of missing YouTuber Gabby Petito
Ariana Grande just dropped a breakup song about Pete Davidson AND Mac Miller
Someone has ranked the penis size of men from all over the world
Derry Girls star speaks out after show called "distinctively British"
Forget Making a Murderer, This Crime Documentary is Finally on Netflix
Gwen Stefani reportedly pregnant with baby number four
You may also like
1 day ago
Waterford man jailed for six months for sexual abuse of niece
1 day ago
Irish man jailed for 27 years is "world's largest facilitator of child abuse imagery"
2 days ago
Prince Andrew to be officially notified of sexual assault case, says UK High Court
2 days ago
Family of Meath man with cancer granted travel exemption to Australia
2 days ago
Dublin's Olympia Theatre renamed in new Three Ireland deal
3 days ago
Kilkenny hospital apologises for failings in care of baby boy
Next Page