Both women died after the attacks.

Two women have been killed in shark attacks near a popular tourist beach in Egypt.

A 68-year-old Austrian woman was killed after she lost both her leg and arm in an attack over the weekend. The pensioner was seen attempting to reach the shore after the horrifying attack in the Red Sea. 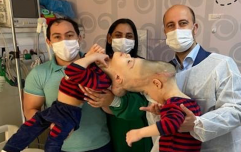 END_OF_DOCUMENT_TOKEN_TO_BE_REPLACED

It is understood that a mako shark attacked both women.

Sky News reports that emergency services rushed to the scene of the shark attack, but the woman reportedly died from nervous shock a short time later.

The woman was taken to a hospital in Sahl Hasheesh, Egypt.

Another tourist was attacked when they were swimming in the Red Sea, just 600 metres away from the other woman. 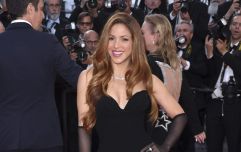 END_OF_DOCUMENT_TOKEN_TO_BE_REPLACED

It is believed the attacks took place at the same time over the weekend.

The second woman's body was found floating in the water. She is reportedly aged in her 40s. Both women were attacked by sharks off the coast of Sahl Hasheesh.

Shark attacks are reportedly rare in the area. The last attack took place in 2018, but an investigation into this month's attacks is now underway.

A special committee has been established to find the reason behind the shark attacks.

Tourists have been warned not to enter the sea following the brutal attacks.

All water activities including scuba diving and snorkelling have been banned as the investigation takes place.