UK Tourist Returns Home After Morocco Arrest for Being Gay

Ray Cole has returned home to Britain for Morocco after a stint in an overcrowded Marrakesh jail. He was arrested for being gay.

Cole, 69, from Kent had been sentenced to four months in prison after homosexual images were found on his phone. Homosexuality is still a crime in Morocco.

A Facebook campaign set up by Cole's son Adrian to draw attention to his case was updated last night with some happy news, with a post reading:  "We are delighted to announce that our dad, Ray Cole has been released from prison and is on his way home. 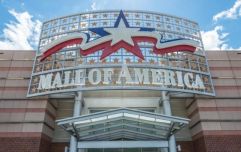 END_OF_DOCUMENT_TOKEN_TO_BE_REPLACED

"We would like to thank each and every one of you here and in Morocco who has helped our campaign to secure the release of our wonderful father.

"We would also like to thank the Moroccan authorities for showing compassion.

"We would ask that you allow us some time as a family to absorb the news and to spend some time with Dad."

Adrian Cole, 41, told the BBC: "Our legal team in Marrakesh lodged an appeal today. It has moved much faster than we expected and the court was able to take the step of releasing my father."

Ray was reunited with his family at Gatwick Airport last night.

Girls With Goals || Her · Ep.155: 'Bits of Me' - Linnea Dunne on the importance of women's health
popular
Paloma Faith shares realities of motherhood as she battles breast engorgement
Scarlett Moffatt discovers ‘30% rain’ on weather app doesn’t mean chance of rain
Two elderly men found dead as Gardaí "urgently" search for red van in Cork
Anne Hegarty shook by "worst ever" final Chase
WATCH: The trailer for The Handmaid's Tale season four is finally here
Princess Anne: Harry and Meghan were right to quit royal duties
Chloe Ferry and Wayne Lineker announce "engagement"
You may also like
2 years ago
Teen Mom's Farrah Abraham has been arrested at the Beverly Hills Hotel
2 years ago
Man in his 20s charged with the 2013 murder of Garda Adrian Donohoe
3 years ago
Cop fired for roughly handcuffing and dragging nurse out of hospital
3 years ago
'I've let my family down...' Wayne Rooney on his drink-driving arrest
3 years ago
Wayne Rooney was driving a woman home when arrested for drink-driving
3 years ago
Man, 18, is arrested... as 10-week old baby girl fights for her life in hospital
Next Page