There is nothing worse than calculating how much money you're going to make at the end of a month only to get a paycheck with a considerably smaller number on it.

No one likes tax, from PRSI to PAYE it's horrible to see money being deducted from your payslip.

But we may finally be getting rid of one of those annoying deductions, the Universal Social Charge.

Minister for Finance Michael Noonan told an Oireachtas committee on Tuesday that he plans of phasing out the USC but it will be gradual. 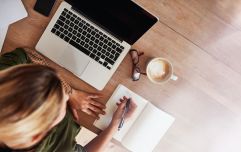 END_OF_DOCUMENT_TOKEN_TO_BE_REPLACED

The Universal Social Charge is a tax on income that was introduced in 2011. You pay the USC if your gross income is more than €13,000 per year.

Mr. Noonan said that high rates of tax can discourage young Irish people abroad who want to come home and feel that they cannot afford to do so. Eliminating this charge could help this.

popular
QUIZ: How well do you remember 13 Going on 30?
QUIZ: How well do you know The Young Offenders?
Staycation: 5 Irish heritage sites we're absolutely hitting up this summer - and they're all free
12 of the best podcasts we listened to during lockdown
Spotted at Penneys: Two cruelty-free dupes for popular makeup brands
Caroline Foran's tips for first-time interior design, when you haven't got a clue where to start
Someone has ranked the penis size of men from all over the world
You may also like
1 year ago
Thousands of Irish workers entitled to claim 'working from home' tax relief could be due hundreds in refunds
1 year ago
Budget 2019 calculator: How much will the budget affect your income?
1 year ago
Budget 2019 is happening tomorrow and this is what you can expect
1 year ago
5 things you'll need to sort out before starting a new job
2 years ago
If you've worked in Australia in the last 10 years, you could be in for a tax windfall
2 years ago
Irish people who worked in New Zealand could be owed tax refunds
Next Page