A vigil was held on Thursday evening outside the Dáil to mark the nine-year anniversary of Savita Halappanavar's death.

Savita was a 31-year-old Indian dentist who passed away in hospital in Galway after she was refused an abortion as she miscarried. 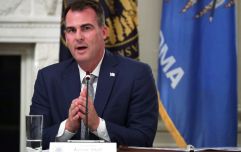 END_OF_DOCUMENT_TOKEN_TO_BE_REPLACED

Passing away in 2012, she was one of the main reasons for Ireland's abortion referendum in 2018.

People travelling from every corner of Ireland to attend the vigil in Dublin city centre this evening, with candles lit and a banner stating that no more religious involvement should be associated with Ireland’s new national maternity hospital.

We carry the memory of Savita in our hearts.
On the 9th anniversary of her tragic death, we say #NeverAgain

A quiet vigil will be held outside the Dail, Kildare St on 28th Oct from 5.30 to 6.15 pm.
@OurMatHosp #MakeNMHOurs #PublicAndSecular pic.twitter.com/GmlGUKEqjz 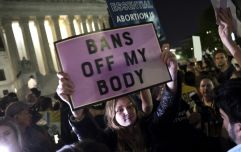 END_OF_DOCUMENT_TOKEN_TO_BE_REPLACED

Ailbhe Smyth, one of the leaders of the yes campaign that legalised abortion in Ireland, spoke at the vigil.

She said: "It is really important that we keep on saying what we said then, when the crowds poured out onto the streets all over Ireland, to express their sadness and also their anger that this could happen to any woman in Ireland, in 2012. What we said then was ‘never again’.

"And indeed, over the past nine years, we have made many changes, not least of which was the repeal of the eighth amendment."

Savita passed away in Galway University Hospital in 2012 after contracting sepsis while miscarrying. 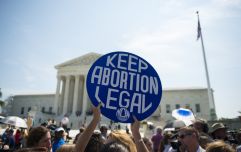 Murder charges dropped for woman who had "self-induced abortion"

END_OF_DOCUMENT_TOKEN_TO_BE_REPLACED

She had been denied a termination by doctors and told that Ireland was "a Catholic country."

Following Ireland's 'Yes' vote to repeal the eighth amendment on May 25, Savita's father, Andanappa Yalagi, said that he was "very happy" and that he had "got justice" for his daughter.

He told the Hindustan Times: "We’ve got justice for Savita. What happened to her will not happen to any other family.

popular
Kylie Jenner fans are convinced she just announced her son's name
Wagatha Christie: Rebekah Vardy storms out of court just 30 minutes into final day
Bonnie Ryan shares more details from Italian wedding
Claire Byrne viewers heartbroken after Des Cahill recalls "parent's worst nightmare"
WATCH: People are losing it over clip of Kendall Jenner trying to climb stairs at Kourtney's wedding
Official Love Island air date has just been announced
The hottest weekend of the year is only a matter of days away
You may also like
2 weeks ago
Phoebe Bridgers shares abortion story as access in America at risk
3 months ago
Activist takes abortion pill on live TV to show how "safe" and "common" it is
5 months ago
3 years on from repeal, abortion is still not fully accessible in Ireland
5 months ago
Mike Pence is calling for abortion laws in the US to be completely overturned
6 months ago
Safe Access Zones bill passes second stage at Seanad
7 months ago
Judge temporarily blocks Texas abortion law
Next Page