WATCH: Dogs Trust release Christmas advert and it's important viewing for everyone

We can't emphasise it enough and yet, every Christmas the statistics show that people are still not listening.

A dog is for life and not just for Christmas.

During the Christmas period, charities like Dog's Trust and the DSPCA stop their adoption service in the hope to reduce the number of abandoned dogs once the festive season ends. 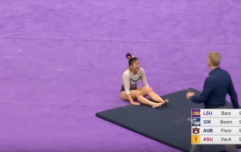 END_OF_DOCUMENT_TOKEN_TO_BE_REPLACED

This, unfortunately, doesn't stop the number of dogs that come into them in the months following Christmas as people realise they can't house their Christmas present anymore.

In a bid to remind people once more before they start their Christmas shopping that a dog DOESN'T come with a gift receipt, Dogs Trust created this emotional advert showing an animated dog named "Corkie" being the centre of attention on Christmas Day but then, swept into a dumpster once the excitement passes.

The reality for one too many dogs.

Dogs Trust has revealed that searches for a puppy soar by 44 percent in December while searches for 'get a dog' increase by 27 percent.

The charity's chief executive Owen Sharp said in a statement:

"Dog ownership is wonderful, and we aren't saying 'don't get a dog'. We're just asking that people are sure they are ready for the long-term commitment that comes with it."

Don't add to the statistic of abandoned dogs. Don't increase the number of dogs who are on the search for a home... yet again.

popular
Miracle baby on the way for bride whose partner died on wedding day
The age at which you lose your virginity can have a huge impact on your sexual enjoyment
Johnny Depp confirms he will be back as Grindelwald in Fantastic Beasts 3
Here's the average age people lose their virginity around the world
Tributes pour in for 28-year-old primary school teacher killed in London
So are we dating?... 10 signs it's time to define your relationship
Paul Mescal is officially nominated as one of the sexiest men alive
You may also like
8 months ago
Firefly Lane is coming to Netflix next month and it's going to be our next binge watch
1 year ago
The day has arrived - you can now subscribe to Disney+ in Ireland with €10 off sign up
1 year ago
Sky release trailer for 'I Hate Suzie' - a new drama looking at the aftermath of revenge porn
1 year ago
Staying in? RTÉ is showing the very steamy 50 Shades of Grey tonight
1 year ago
WATCH: Meet 88-year-old 'Paddy Christmas' who has become a local hero for his festive lights
1 year ago
WATCH: We tried eggnog for the first time and have some very important thoughts
Next Page