WATCH: The trailer for the new Sophie Toscan du Plantier documentary is here

Murder at the Cottage is coming to Sky Crime later this year.

The first trailer for the highly anticipated documentary about the murder of Sophie Toscan du Plantier has been released.

Toscan du Plantier was a French TV producer who was beaten to death in Schull, County Cork in December 1996. 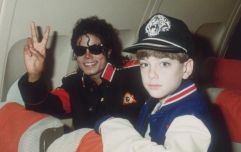 END_OF_DOCUMENT_TOKEN_TO_BE_REPLACED

Since her death, journalist Ian Bailey has been arrested twice but he maintains that he is innocent.

In 2019, a Parisian court convicted Bailey of Sophie's murder and sentenced him to 25 years in prison. Last year, however, the Irish High court ruled that Bailey could not be extradited to France to face his sentence. A month later, the Irish State did not appeal the High Court's ruling, which effectively prevented any attempts to extradite Bailey in the future.

The Sophie Toscan du Plantier case was also the subject of West Cork, a hugely popular podcast produced on Audible.

The latest exploration of the investigation from Sky is set to be equally illuminating.

Murder at the Cottage: The Search for Justice for Sophie is a five-part series from Irish director and playwright Jim Sheridan.

The true crime documentary will feature interviews with Ian Bailey as well as key people in Sophie's life. Viewers can also expect unseen footage and original evidence relating to the case. 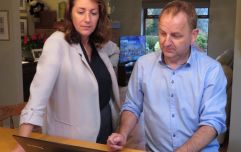 END_OF_DOCUMENT_TOKEN_TO_BE_REPLACED

"This is a story that has fascinated me for over two decades. It is a murder that carries implications for the meaning of justice in Ireland, in France and in the UK."

Additionally, Sheridan thanked all those seeking justice for Sophie.

Murder at the Cottage: The Search for Justice for Sophie is coming to Sky Crime later this year.

Girls With Goals || Her · Ep.161: Feeling Peachy - Sharon Keegan of Peachylean on being an absolute BOSS!
popular
The morning wellness routine I started last year that I now can't live without
The fashion world is OBSESSED with potato brown right now – and for good reason
More footage of Tristan Thompson cheating on Khloe has emerged
28 amazing Irish glamping spots for your 2021 staycation
Woman buys 148 year old house, goes viral after finding secret passage way
Kate Middleton has addressed the rumours that she's pregnant with her fourth child
London Fire Brigade issues warning over the swing TikTok trend
You may also like
1 week ago
New Netflix true crime doc Sons of Sam dropped this week
1 month ago
BBC announce new Amy Winehouse documentary to mark 10th anniversary
2 months ago
If you loved The Vanishing at Cecil Hotel, this 2017 documentary will be right up your street
7 months ago
WATCH: Former classmate of Paris Hilton opens up on reform school experience
9 months ago
Louis Theroux has a new 4-part series coming to the BBC all about, well, Louis
10 months ago
This Netflix documentary on New York doctors is an important and powerful watch
Next Page