Social media accounts are more popular than Liveline as a place for disgruntled punters to have their say but the Police Service of Northern Ireland were having none of it when a follower hit back at one of their recent posts.

A member of the force took to the PSNI Newry And Mourne's Facebook page recently to warn the public to stay away from a planned rave in the Newry area, saying that anyone found at the event could face having their details passed to the landowner for trespassing, be reported or arrested for public order offences and be reported to their local council for drinking in a public place.

While some commended the officers on their proactive approach, others blasted the PSNI for shutting down the event, with one accusing them of "ruining everyone's summer as always".

Many organisations would let it go but the PSNI were not taking this one lying down and came back with this pretty impressive response, which has since received almost 1,000 likes. 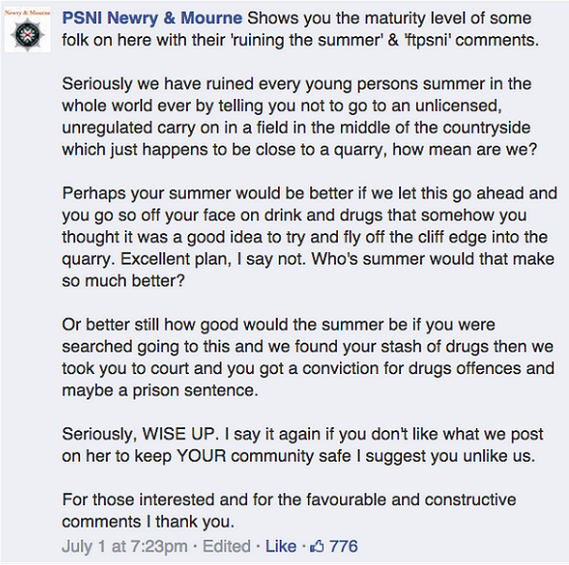