To find out how women in Ireland feel about the Pope's visit to Ireland, I reached out to activists around the country.

With 500,000 tickets issued, I didn't anticipate difficulty asking people to chat about the Papal visit but it was significantly harder than expected.

Below are excerpts from the interviews I conducted with women in Ireland, from different locations, occupations and of various ages, although it must be noted that the majority interviewed were reluctant to go on record. 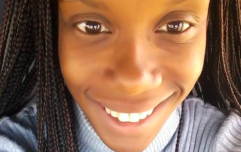 END_OF_DOCUMENT_TOKEN_TO_BE_REPLACED

Annette McKay’s sister, Mary Margaret, was six months old when she died in the Tuam Mother and Baby Home.

To focus people's attention on the Mother and Baby home scandal instead of the Pope's visit, Annette has organised a vigil in Tuam on August 26 at 2 pm.

"I want the focus to be on the children and their mothers who were so abused by church and state. I feel the Pope needs to signal that the church is changing and will face up to what was done in their name. Humble repentance and acknowledgement is needed. The spectacle looks tawdry in the face of so much suffering".

"A mass at a former Magdalene laundry with the women inviting him, what a change that would signal".

Natalia Fdez is a member of MERJ (migrants and ethnic minorities for reproductive justice), a housing activist and mother.

"His presence represents an archaically defined idea of patriarchy, dictatorship and abuse. If you have money you go to heaven, if you do not we will profit from you. We will rape you, sell you, exploit you and convince you that all this pain that we are forcing upon you, you deserve it, it is the penitence the Lord has set upon you for being poor. Well, that seems like a shit deal to me".

"As a migrant, living in Ireland for 17 years, I've observed the legacy of pain and trauma that this church has caused. And it won't stop, until we stop it".

"I don't think there is anything he can say to the thousands and thousands of people who have been (and continue to be) hurt by his organisation and its teachings and actions of leadership and others."

"I'll be happy when it's over but happier still when all state services are delivered in fully secular organisations where people of faith can access support if they need it".

"I propose if the Pope visit, he speaks not atop Phoenix Park, removed from desperate eyes and voices, demanding explanations and apologies.

"I propose he speak upon the land of a church that has carried septic tanks of women and children, at the grave where Ann Lovett lost her life, on the concrete-filled grave of Kilnarcott Abbey where the church safeguards the corpse of a molester, rather than paying redress to victims".

Bella Gleeson is a 15-year-old student from Donegal.

"The Pope is irrelevant to my life. I think it’s disgraceful that so much money is being spent on his visit when there are so many homeless people. The Pope is already so wealthy, he should fund his own visit".

"It’s terrible what the Catholic Church did to women and children. I don’t think many people my age care much for him coming". 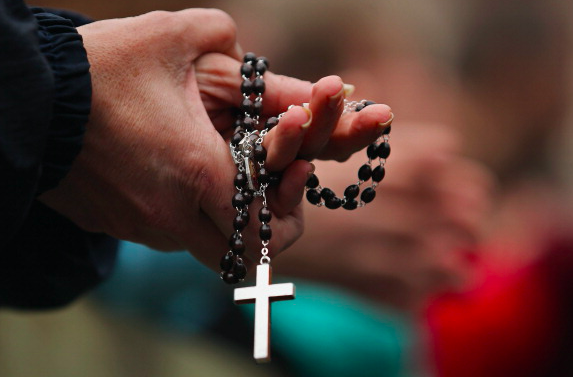 Susan Lohan is the co-founder of the Adoption Rights Alliance.

"I find it deeply repugnant that our democratically elected government would extend a State invitation to the titular head of a misogynistic, unrepentant, unaccountable organisation behind major human rights abuses in Ireland".

"I remain resolute in my views that the Vatican government, its officials, successive popes and the Irish catholic church hierarchy are behind not just human rights abuses on a vast scale, but that they continue to orchestrate cover-ups to allow culprits to escape detection, which worst of all denies victims access to justice and redress".

"I don’t think the average Irish person is aware that Irish taxpayers have already paid out in excess of €1.5 billion in compensation and legal fees, a figure which is destined to grow. The church has paid only 13 percent of their share of this redress. Until we, as Irish citizens call them to account for their crimes we can expect no reform".

Eileen Ní Fhloinn is an Activist for Traveller’s Rights and Reproductive Freedom.

"I'm a practicing Catholic. I value to my core religious freedom, but it’s one thing to value religion and another when you look at what the Catholic Church has done to our community in Ireland".

"Spending €30 million when we have so many homeless people, it means the money is there but we’re using it for Pope Francis".

"I heard Varadkar saying that we’re paying €6 per person for the Pope to come to Ireland – well some of those people paying €6 have been raped or abused by the clergy. Where’s the apology in that? Forcing victims to pay is not right".

"The thing is, what’s happened with the Catholic Church in Ireland, it’s never going to be the same again".

popular
Princess Charlene in "very vulnerable" condition, says father
Charlie Bird says he "cries every day" as he struggles to cope with MND diagnosis
Real Housewives of Johannesburg star Naledi Willers dies aged 30
Boris Johnson announces birth of "healthy baby girl"
Concerns over travel restrictions this Christmas due to “significant numbers” of Omicron
Marty Morrissey to take a step back from RTÉ after tragic death of mum Peggy
Pippa O'Connor "forever grateful" as she goes to Billy's last check up in Holles Street
You may also like
1 hour ago
Jessie J thanks fans for support after suffering pregnancy loss
1 day ago
America's Got Talent contestant Skilyr Hicks passes away aged 23
1 day ago
Woman killed in Clare crash named as Peggy Twomey, mother of Marty Morrissey
1 day ago
Nick Cannon's 5-month-old son Zen has passed away
2 days ago
Woman in her 30s injured after falling from balcony in Cork city
2 days ago
Woman in her 90s dies after horrific road crash in Clare
Next Page