There are apps that help and encourage men to track their colleague's period to know when women may be suffering from PMS.

When it comes to getting a period, the last thing a woman should be worried about is what her colleagues may think.

Women have to face menstrual cramps, headaches among other painful symptoms before getting their period however it has emerged that women have found their male workmates tracking the days of their flow. 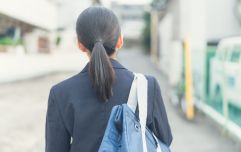 END_OF_DOCUMENT_TOKEN_TO_BE_REPLACED

According to news.com.au, writer Elizabeth Daoud was chatting with a friend when she was told that men in her office were tracking the days of her period to avoid her bad moods when menstruating.

The friend in question made the disturbing discovery when asked by a male counterpart "are you on your period" when she was menstruating and asked how he knew.

In correlation with this information, apps have emerged where men use a calendar to enter information about a woman's mood to determine when her PMS would start.

Apps such as PMS buddy and iAmAMan let men grade how irritable the woman in their life may be from day to day, estimating when their period is due.

Founder of PMS buddy, Jordan Eisenberg, explained why he founded the unusual app.

"... Women don’t appreciate it when you come home and maybe things are a little tense and the man says, ‘Hey, do you have PMS?"

He (rather unfortunately) went on to preach about gender inequality against men.

"What’s sexist is how women are allowed to blame their volatile actions and unstable emotions on their ‘periods’, I just wish men had that option too."

People took to Twitter to rightly voice their disgust at the actions of some men in workplaces.

This is insane. Men tracking their female colleagues' periods, on shared calendars, behind their backs. W. T. F. https://t.co/r3I6HK6r3a

This is utterly disgusting. https://t.co/dPecKHUCMl

popular
Vogue Williams slams man who refused to swap seats with her on plane
New Zealand family find two bodies in second hand suitcases
Crown Paints advert receives 200 complaints over 'misogyny' and 'everyday sexism'
Are we getting a mini heatwave in September?
Scarlett Moffatt slams 'disgusting' pap for sneaking into hotel to take photos of her
Adam Collard allegedly attacked on night out with Paige Thorne
This is why the world is obsessing over Adidas Gazelles
You may also like
6 hours ago
Crown Paints advert receives 200 complaints over 'misogyny' and 'everyday sexism'
5 months ago
Cameron Diaz on "heavy" misogyny in the film industry and downsides of fame
5 months ago
Sydney Sweeney calls out "double standard" when it comes to women filming nude scenes
1 year ago
Handball chiefs urged to resign over 'blatant sexism' of bikini bottoms rule
1 year ago
London transport police apologise after "slut shaming" safety poster appears in women's bathroom
1 year ago
Female personal trainer shares abusive messages she receives from men on social media
Next Page