Ralph has BIG PLANS to break the internet.

It became a phrase that changed the digital landscape and a hashtag that is still used to this day 3 years on.

Kim Kardashian 'Broke The Internet' in 2014 with her Paper cover issue, and it was all down to the image.

In case you were living under a rock in 2014, this should refresh your memory;

END_OF_DOCUMENT_TOKEN_TO_BE_REPLACED

We digress... back to Ralph (damn you Kardashian for constantly distracting us).

Disney revealed the title for the movie sequel at ComicCon and it looks like they've taken inspiration directly from Mrs Kardashian-West herself.

The full title is  "Ralph Breaks The Internet; Wreck-It Ralph 2".

Now... we hope this doesn't mean our favourite disaster-prone character will be posing nude covered in oil, although you never know, but from the images also released we think it's more to do with him conquering the digital world than the Kardashian derriere. 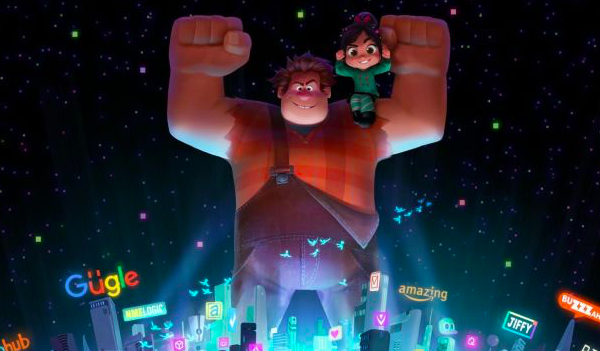 Of course, the internet had a few things to say,

“Ralph Breaks the Internet” makes me think of Wreck It Ralph doing the Kim Kardashian champagne pour and I don’t like it.

This one is terrifying and we apologise if it offends anyone...

In honor of Ralph Breaks the Internet: Wreck-It Ralph 2, I give you this. You're very very welcome. pic.twitter.com/oistxDenNd

We can't unsee it.

The vocal stylings of Jane Lynch, Jack McBrayer, John C.Reilly and Sarah Silverman will all be returning, and it should be hitting cinemas early next year.