'If you're talking to 18 year olds, it's too late' - Louise O'Neill on consent

On this week's episode of Girls With Goals, we're joined by author Louise O'Neill and fashion designer Emma Manley. Aside from talking about award-winning books and CRAZY clothes envy, we decided to challenge ourselves to take on the problems of our listeners.

The social media call out was made and we got some incredible feedback on issues that, to be perfectly honest, we're in no position to solve. Either way, it made for some interesting analysis, and it's always nice to know that other people are going through similar things... right? 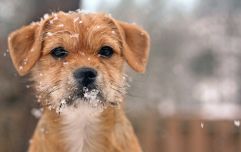 END_OF_DOCUMENT_TOKEN_TO_BE_REPLACED

The issue of consent is topical right now, no one can deny that. It's a necessary and crucial component of modern society and we weren't surprised when one listener got in touch to ask about the importance of early education. She put this question to our panel:

"With consent, it appears that time and time again if someone isn't aggressively and verbally saying no, there is a sentiment that it wasn't communicated. How can we teach young men and women to communicate with each other and understand each others verbal and non-verbal skills?" - Anon

Louise O'Neill, author of the newly released and much heralded Almost Love, dealt with the issue of consent in her previous book Asking For It:

"It was really interesting with Asking For It. I was going to schools and talking to young people, girls and boys, about issues that were raised in the novel and very often the principal or the teacher would say we'll probably deal with 5th and 6th years as parents will feel uncomfortable with you talking to kids younger than that".

My 'Agony Aunts' gave me LIFE this week... @oneilllou and @emmakatemanley joined me on #GirlsWithGoals to talk life, love, surnames and orgasms. What else would you be doing of a Bank Holiday? ? Follow the link in my bio for all the ways to subscribe. . . . . . . . . . . #podcast #agonyaunts #life #love #consent #orgasms #surnames #GirlsWithGoals #broadcast #work #fashion #designer #IrishDesign #Manley #AlmostLove #author #marriage #crush

Louise went on to explain that in one instance she was asked not to use the word rape at all:

"I had to give a speech to a group of 2nd years and they were like, 'if you don't mind we'd prefer if you didn't use the word rape', and I was like ... well that's going to make talking about this book about rape difficult. That's a real issue, if you're talking to 18-year-olds it's too late. They're already having sex at that age, we need to be talking about sex at a much younger age."

You can listen to the full conversation on your Iphone or Android now.

Also on this week's episode, we're joined by Melissa Reddy, senior football correspondent with JOE.co.uk. Melissa opens up about growing up in apartheid South Africa, gaining respect in her field, and making it in a man's world.

New episodes of #GirlsWithGoals are available to download every Monday morning.

popular
Gwen Stefani reportedly pregnant with baby number four
Balenciaga is suing production company following offensive ad campaign
The trailer for Channel 4's Vardy V Rooney: A Courtroom Drama has dropped
"I've got nothing to hide": Ekin-Su confronts Davide over afterparty video
Olivia Wilde struggling after Harry Styles break-up
Olly Murs slammed over 'misogynistic' lyrics in 'shocking' new single
Confirmed! Kylie Jenner And Jaden Smith Are Officially A Couple
You may also like
3 weeks ago
Mariah Carey gives her 12 year old self the funniest life advice: "Don't shave your eyebrows"
11 months ago
Mental health nurse shares tips on how to look after yourself over Christmas
1 year ago
As an adult with ADHD this is what I wish I could tell my childhood self
1 year ago
'Hair expert' reveals how often we should really be washing our hair
1 year ago
'Bleached' patches in your underwear is normal and young women need to know this
2 years ago
Why you shouldn't put your address on your luggage when going on holiday
Next Page