Brought to you by Sony Pictures

We love a bit of girl power.

There's nothing better than a strong, independent lady who is skilled in the art of taking down bad guys. Which is why we're so excited for the new Charlie's Angels movie to arrive in cinemas this Friday.

END_OF_DOCUMENT_TOKEN_TO_BE_REPLACED

The Charlie's Angels franchise is such a classic in the movie world. Jaclyn Smith, Kate Jackson, and Farrah Fawcett introduced the ladies to the world in 1976, giving us our first exciting taste of Charlie's famous spies; and what 20-something year old hasn't seen the 2000 dream team of Drew Barrymore, Cameron Diaz, and Lucy Liu?

The 2019 movie has taken the beloved franchise and modernised it into a movie that caters perfectly to today's audience. Kristen Stewart, Naomi Scott, and Ella Balinska have taken on the responsibility of this famous crime-fighting trio and we cannot WAIT for you to see it. We think you'll agree that they do a pretty fab job.

Of course, every badass lady is badass in her own way but what was great about Charlie's Angels was that we could always relate so well to at least one of them. The new trio have new and fierce personalities all their own, so it will be interesting to see which of the spies people relate with the most.

You'll be able to find that out when the movie comes out in cinemas this November 29 but to give you a heads up on who it might be, we decided to put together a little quiz. So here you go - find out which Charlie's Angel you are.

Brought to you by Sony Pictures 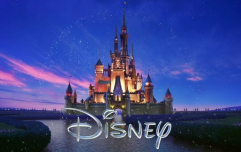 QUIZ: Can you guess the Disney movie from its opening line?

END_OF_DOCUMENT_TOKEN_TO_BE_REPLACED

Elizabeth Banks directs the next generation of Angels - Kristen Stewart, Naomi Scott, and Ella Balinska - working or the mysterious Charles Townsend. Charlie's Angels have always provided security and investigative skills to private clients, and now the Townsend Agency has expanded internationally with the smartest, most fearless, most highly trained women all over the globe - multiple teams of Angels guided by multiple Boslets taking on the toughest jobs across the world. When a young systems engineer blows the whistle on a dangerous technology, these Angels are called into action, putting their lives on the line to protect us all. In cinemas November 29.

Girls With Goals || Her · Ep.160: The Beauty Of Coaching - Hayley Harrison joins us from Sport Ireland
popular
M&S just launched the designer collaboration of dreams – with the ONE dress everyone needs
Starbucks has a bubblegum-flavoured frappuccino on their menu – but you need to hurry
Kate Middleton has addressed the rumours that she's pregnant with her fourth child
TV host makes baffling remark about Meghan Markle's 'reaction' to royal family photo
Jennifer Aniston is reportedly pregnant with her first baby
Here's what happens on every day of your menstrual cycle (roughly)
Vogue Williams' son Theodore recuperating after an accident at home
You may also like
2 hours ago
The cast of Fast & Furious 9 are dying to shoot a sequel in Ireland
1 week ago
WATCH: Angelina Jolie stars in intense fire-fighting movie Those Who Wish Me Dead
4 weeks ago
A male remake of She's All That is coming to Netflix
1 month ago
Irish animated feature Wolfwalkers nominated for Best Animated Feature Oscar
3 months ago
Macaulay Culkin calls for Donald Trump cameo to be removed from Home Alone 2
3 months ago
12 movies you (probably) didn't realise were available on Disney+
Next Page