An official proposal has been made for Kellie Harrington to receive Dublin's Freedom of the City award after her phenomenal win.

The Dublin native picked up the lightweight gold medal in Tokyo over the weekend following her Olympic final against Beatriz Ferreira.

END_OF_DOCUMENT_TOKEN_TO_BE_REPLACED

Dublin city councillor and friend of Kellie, Cllr. Nial Ring, has since proposed that Harrington be honoured with the Freedom of the City as a “fitting recognition of her achievements". If the proposal is accepted, Kellie would be the first ever boxer to received such an award.

Following her historic win, Harrington told RTÉ Sport that she felt the "whole country" was behind her. "It's just fantastic. I can't wait to get back home," she said. "I'm absolutely exhausted to be honest. What a journey, it's just fantastic. 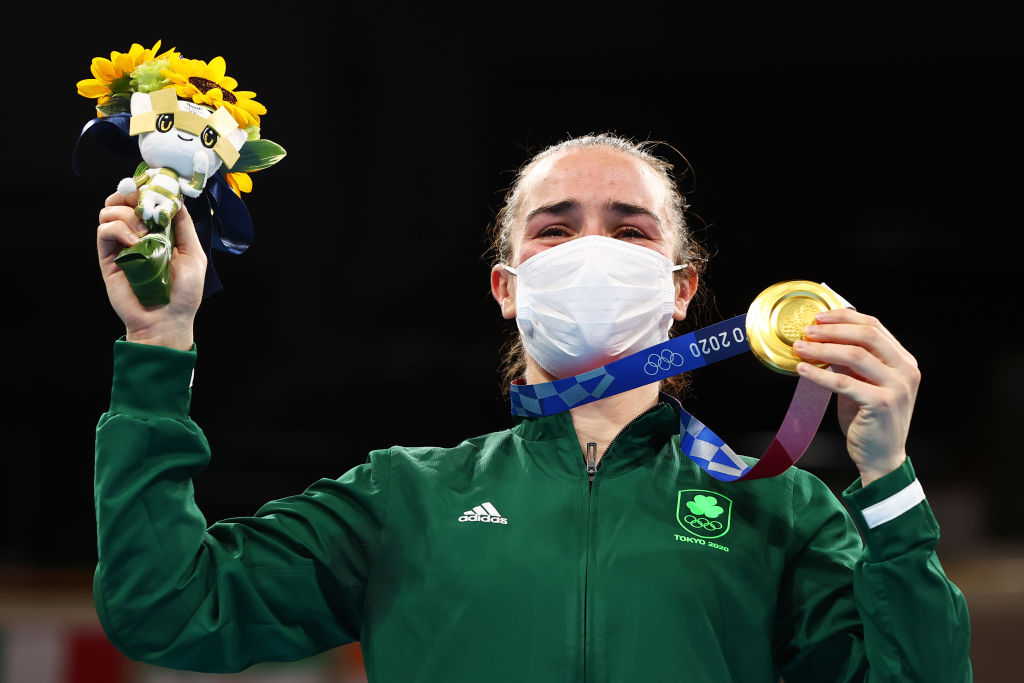 She went on: "People might say, 'that's a pressure' and you might feel you have a big weight on your shoulders but I actually really didn't. I knew no matter what happened out here, whether it was gold, silver or whatever, I knew I'd made myself proud and I know I'm making the people of Ireland proud regardless of the colour of the medal.

"Just being here and putting our little nation on the map, this is the stuff of dreams."

Harrington, a frontline worker who worked tirelessly on the wards during the height of the Covid pandemic, has since said that she plans to return to Fairview's St Vincent’s Hospital in a few weeks.

“I’m an Olympic champion, but it doesn’t define me as a person," she told the Independent. "I’ll be home, I’d say it will be a bit mental, but I will be going back to work, either in two weeks or three weeks."

popular
Apparantly, there is one colour you should never wear at a job interview
Friends Star James Michael Tyler Files For Divorce
Late Late Show viewers are not happy with Ryan's questions for Billy Connolly
Friends actor James Michael Tyler has died, aged 59
10 items from Zara for the perfect autumn capsule wardrobe
9 of the best horror movies on Netflix this Halloween
Say hello to fairy hair, the dreamy new trend popping up all over social media
You may also like
1 week ago
Olympian and world champion runner Agnes Jebet Tirop found dead in home
1 month ago
Women's Afghan football team evacuated safely from Kabul
2 months ago
Handball chiefs urged to resign over 'blatant sexism' of bikini bottoms rule
2 months ago
Wicklow swimmer Sarah Mortimer crosses English Channel in just 13 hours
2 months ago
Kellie Harrington will go for gold in Olympic final
2 months ago
Olympians are taking a stand against sexism in sport - and it's been a long time coming
Next Page