From Cavan to North Carolina, Leona Maguire is golf's next big star

No matter where in the world you are, nothing beats a home cooked meal and your own bed.

That was the sentiment shared by Leona Maguire, one of Ireland's greatest golfers as she settles back into life in Ballyconnell, Co. Cavan for a couple weeks.

"It's always nice to be home, in your own home and your own bed, with mam's cooking and back practising where I grew up.

"With all the travelling I do now, and being away for four years with University I haven't been home that much so anytime I get to come home, it's always nice."

The golfing sensation just graduated after a four year scholarship in America. Leona, alongside her sister Lisa, were both highly touted amateurs who had a pick of colleges offering up their services. 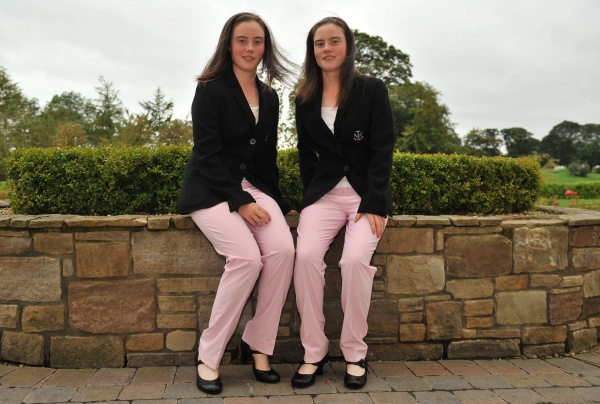 In the end, the two girls chose Duke University in North Carolina, a highly prestigious university that was home to former NBA star Grant Hill.

"We looked at a lot of different places at the start." Maguire said.

"We wanted to be able to play golf at a really high level and get a good degree at the same time, and the America college system offers you the opportunity to do that.

"We visited quite a few places, and talked to different people and coaches, and we settled on Duke as it had a long history of being one of the most successful golf programmes, and their degrees are very well recognised internationally as well.

"It was just a really good fit." 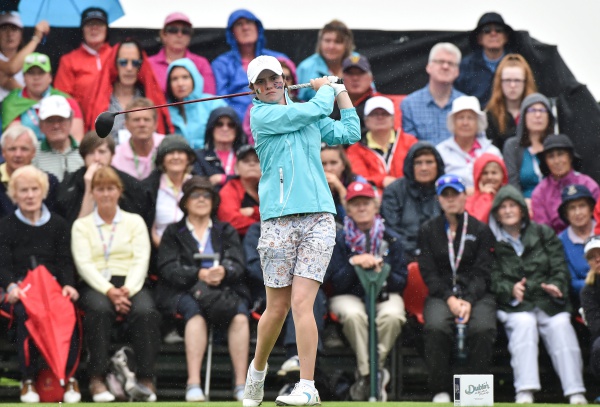 END_OF_DOCUMENT_TOKEN_TO_BE_REPLACED

Maguire admits that the American college system afforded her an opportunity that would not have been possible had she stayed in Ireland.

A free education, alongside state of the art facilities and resources, it was four years well spent.

"I had a fantastic experience, it's great to have my degree, hopefully I won't need to use it, but yeah the college circuit was like a mini tour in itself." She said.

"The players have come out of that in recent years have gone on to do great things in both men's and women's golf.

"It's a really great stepping stone, and the resources and facilities that where there to help me improve with my golf. Psychologists and nutritionists, it was all right there together it was an incredible opportunity to have for four years." 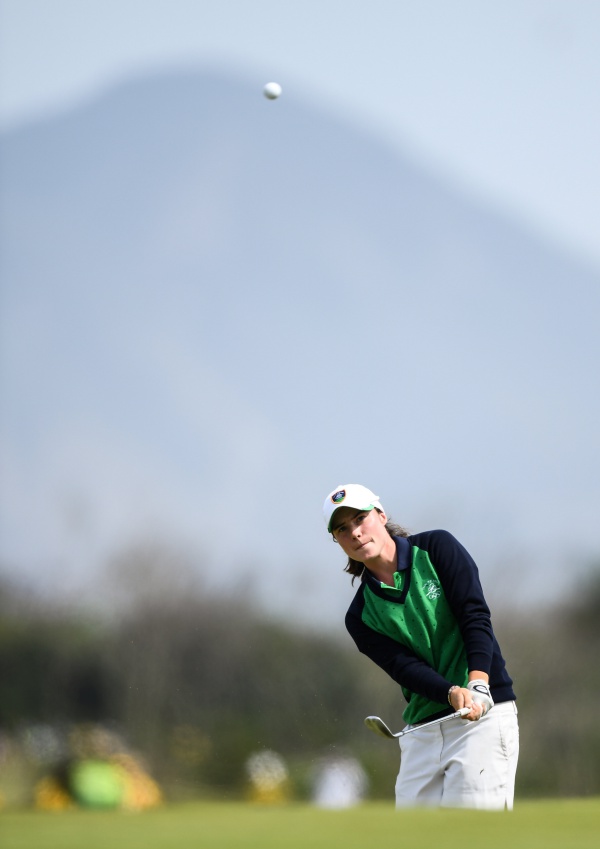 From leaving rural Ireland at 18, to travelling the world playing a highly individualised sport, Leona admits she is lucky to have her sister Lisa by her side at all times.

They have both chosen the same career path, and whilst they may be a team, at the end of the day, there is only one winner when it comes to golf.

"We've always been competitive, whether it was 'snakes and ladders' or a golf tournament, that's part of the reason why we've done so well. Anytime I didn't win I wanted her to win.

"In an individual sport it's great to have her there with me so we can support each other.

"Having her in America and always having that solidarity, it's our own little team in an individual sport, not many have that we are very lucky in that regard." 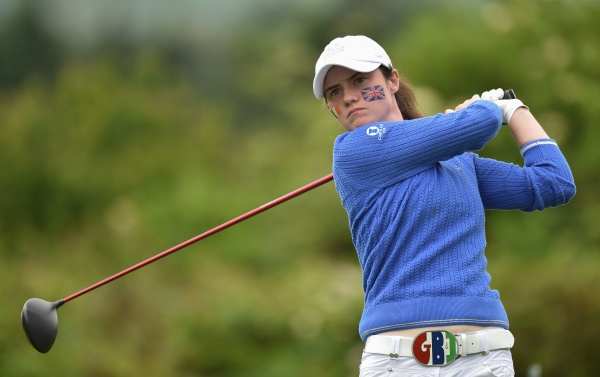 The sisters were heavily involved in sports as kids, so much so that for years golf never really registered on their radar. If it wasn't for a broken bone, they could have been swimming in the Olympics or playing GAA for Cavan.

"We did a lot of sports, and were heavily involved from a young age. Our Dad is a big GAA man, and anything with a ball or a stick we were playing.

"It was actually when Lisa broke her elbow, and the doctor she went to in Drogheda told Dad it would be good to get involved with a racket sport. He was an avid golfer himself, and had always been trying to get us to golf, but we had so many other things going on that the golf always got pushed to the side.

"But then one summer we went up to the par 3 course in the Slieve Russell and worked our way up, then bit by bit, started doing less swimming, cutting back on two sessions a day with swimming, Gaelic and soccer, stuck more to golf when we got older and got a bit better." 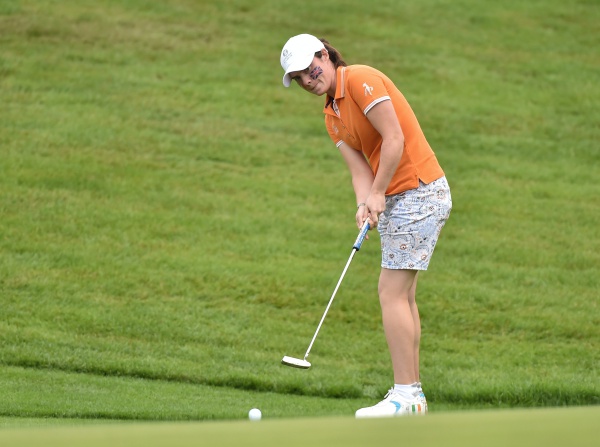 "When we were 14 or 15 and we made teams like the Junior Ryder Cup, competing and doing well in big international events. Things started clashing with other sports, and we had to make a decision, and we enjoyed golf the most.

"Of course we were torn, we would've done them all if we could, but golf is one of those sports that you can play your whole life and we've been very fortunate with the opportunities that golf has given us.

"We get to travel a lot of places, our first time on a plane was to go play a tournament in England."

Golf has most definitely afforded her some amazing opportunities, and Leona is currently rubbing shoulders with one of the most recognisable faces in the world. Her management company is owned by Niall Horan of One Direction.

"I sat down with a couple of different management companies and set out what I wanted, and what they could bring to the table, both American companies and companies over here.

"I knew I wanted a company with strong Irish roots and I just really liked what they had to say and had to offer. 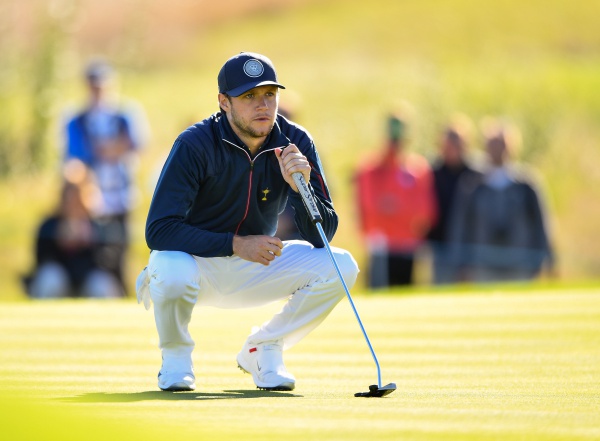 "Obviously Niall is a big music guy, but he's also probably one of the biggest golf fans i've ever met as well.

Maguire is a 20x20 brand ambassador. A new campaign set out by the Federation of Irish Sport, designed to create a measurable cultural shift in women's sport. 2018 has been a particularly amazing year for Irish women, and Leona admits that she takes a lot of inspiration from her fellow Irish females who are dominating on a world stage.

"We took inspiration from other female sports stars in Ireland people like Katie Taylor.

"Its been a phenomenal initiative getting more coverage and media attention for women's sports. People are often surprised by how good the girls are. Building that awareness and how good some of these athletes are is important. 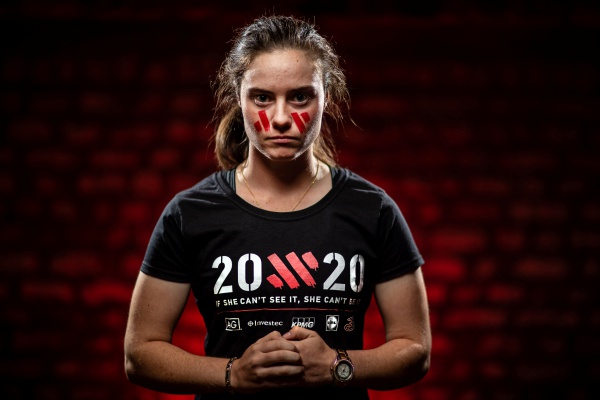 We have so many incredible athletes, look at Olympic games, a lot of the big medal winners are female. Katie Taylor, Annalise Murphy, Sonia O'Sullivan, a lot of them haven't got recognition they would've got if they were men.

"Our hockey team over summer were incredible getting to a world cup final, there are a lot of things to be celebrated about Irish female sport at the minute." 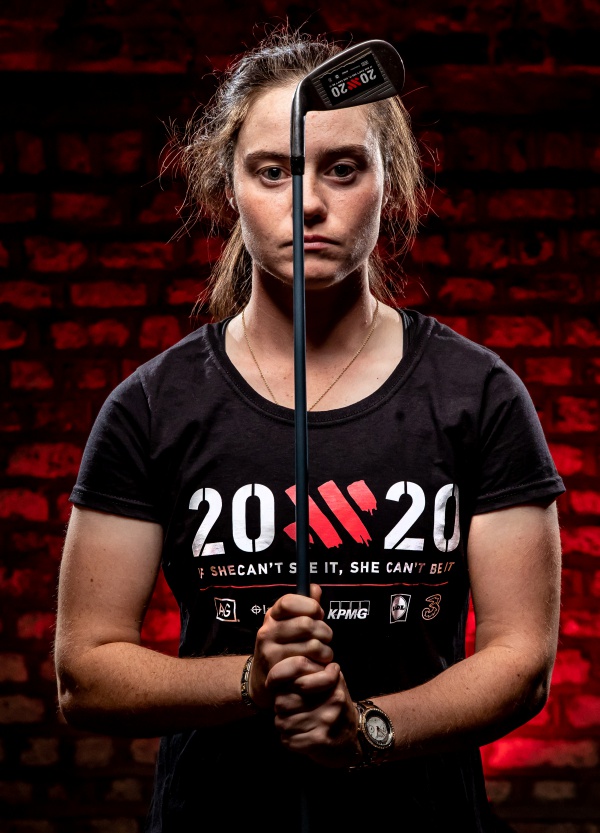 Coming off the back of a distinguished amateur career, there are huge expectations riding on Leona Maguire's shoulders. She doesn't feel it though, at the end of the day, nobody expects more from the Cavan woman than herself.

"No-one has higher expectations for myself than me.

"You're still just trying to get the ball in the hole as quickly as you can.

"In terms of expectations, I don't think I felt any pressure. It's something I've been excited about and look forward to doing for quite a while. I'm a pro golfer its my job."

Remember the name, Leona Maguire. She is going to make a huge splash in 2019.

popular
Anne Heche has been removed from life support
Paige Thorne breaks her silence on Jacques O'Neill drama
Love Island producers respond to claims Jacques was kicked off the show for "bullying"
Top tips for keeping your fake tan on for longer as the weather heats up
Met Éireann extends high temperature warning for Ireland this weekend
Apparently, THIS is the reason why Louise Redknapp split from Jamie Redknapp
Ekin-Su Cülcüloğlu signs the biggest fashion deal in Love Island history
You may also like
1 month ago
WATCH: Incredible moment coach saves swimmer as she faints underwater
2 months ago
Gerard Pique and Shakira announce they have split after 11 years
4 months ago
Transgender women no longer allowed to compete at British female cycling events
4 months ago
Young British rugby star passes away aged 20 following injury
6 months ago
Coleen Rooney says she's learned to 'live with' Wayne's cheating but they're not 'lovey dovey'
6 months ago
More than 2/3 of male football fans harbour misogynistic view of women's sport, study finds
Next Page