Ireland's new women's soccer coach names her first squad (and we want you to support them!)

These are the players we're asking you to turn up and cheer for on October 8.

Vera Pauw has named the women's senior soccer squad that will line out against the Ukraine on October 8. The 23 players are the first squad assembled by the newly-appointed manager, and the list includes familiar Ireland stars such as Megan Campbell, Louise Quinn, Stephanie Roche and Katie McCabe.

Pauw is herself a former Dutch international, who was capped for her country 89 times. She began her management career with Scotland in 1998, and since then has been at the helm of the Dutch, Russian and South African national squads.

The upcoming game is the second Women's Euro 2021 qualifying game for Ireland, who beat Montenegro in their opening match earlier this month. 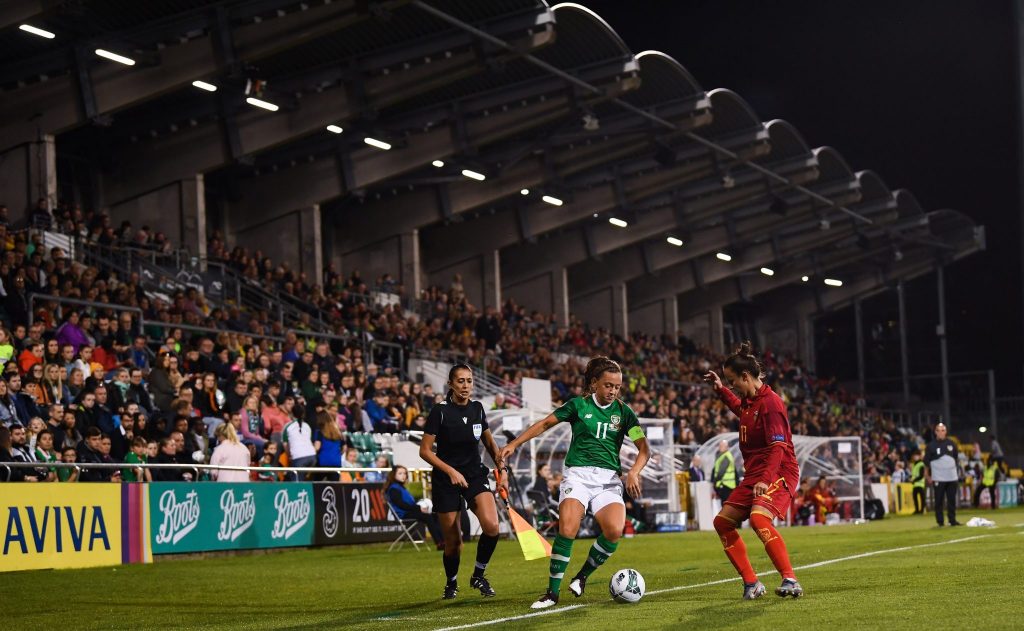 END_OF_DOCUMENT_TOKEN_TO_BE_REPLACED

With a new manager and a strong opposition on the cards, it's a big game for the girls in green - and one that deserves a big crowd!

Her is proud to support the call from 20x20 and the FAI to get a record attendance at the match, which kicks off at 7.30pm at Tallaght Stadium on Tuesday 8th. Round up your friends, get your green on, and help make history!

You can buy tickets to the game here, and check out the full squad listing below. 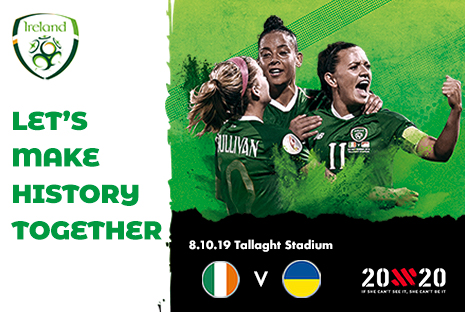 END_OF_DOCUMENT_TOKEN_TO_BE_REPLACED

popular
Gwen Stefani reportedly pregnant with baby number four
Molly-Mae Hague fans think they officially know her baby's name – and it means cloud
Anne Hathaway shares disappointing news about The Princess Diaries 3
Jennifer Lawrence Speaks Out About Liam Hemsworth Relationship
Tasha Ghouri hits back at another islander who called her relationship fake
Joanna Cooper heartbroken after her mum is diagnosed with dementia
"I feel like I lost myself": Nathalie Lennon on her mental health struggles and her latest project with Pieta
You may also like
4 days ago
Irish names among the top 10 hardest words for British people to pronounce
5 days ago
Patient in his 80s killed in Cork hospital ward following attack
6 days ago
Nadine Lott's killer scarred for life following prison attack
1 week ago
Gardaí are reviewing "helpful, new" information in Sophie Toscan du Plantier case
3 weeks ago
Ireland set to ban "cruel process" of conversion therapy
4 weeks ago
Leo Varadkar to tackle the housing crisis with "Covid-style" plan
Next Page