Kellie Harrington will go for gold in Olympic final

"Regardless of the colour of the medal, it's a massive achievement."

Irish boxer Kellie Harrington has made it to the women's lightweight Olympic final after defeating Thailand's Sudaporn Seesondee in the semi-finals this morning.

The Dubliner has guaranteed herself at least a silver medal following the 3-2 victory.

END_OF_DOCUMENT_TOKEN_TO_BE_REPLACED

Sunday's final will see her up against Brazil's Beatriz Ferreira, who won against Finnish Mira Potkonen in the semi finals.

After the fight, Harrington spoke to RTÉ about what it means to represent Ireland.

She said: "Regardless of the colour of the medal, obviously it’s a massive achievement, but the support of the people back home, to put a smile on the nation's face.

"If I had won here today or not I’d have told them to keep smiling, because it’s still an incredible journey. And I’m just happy to be able to lift all of those people. It’s just great." 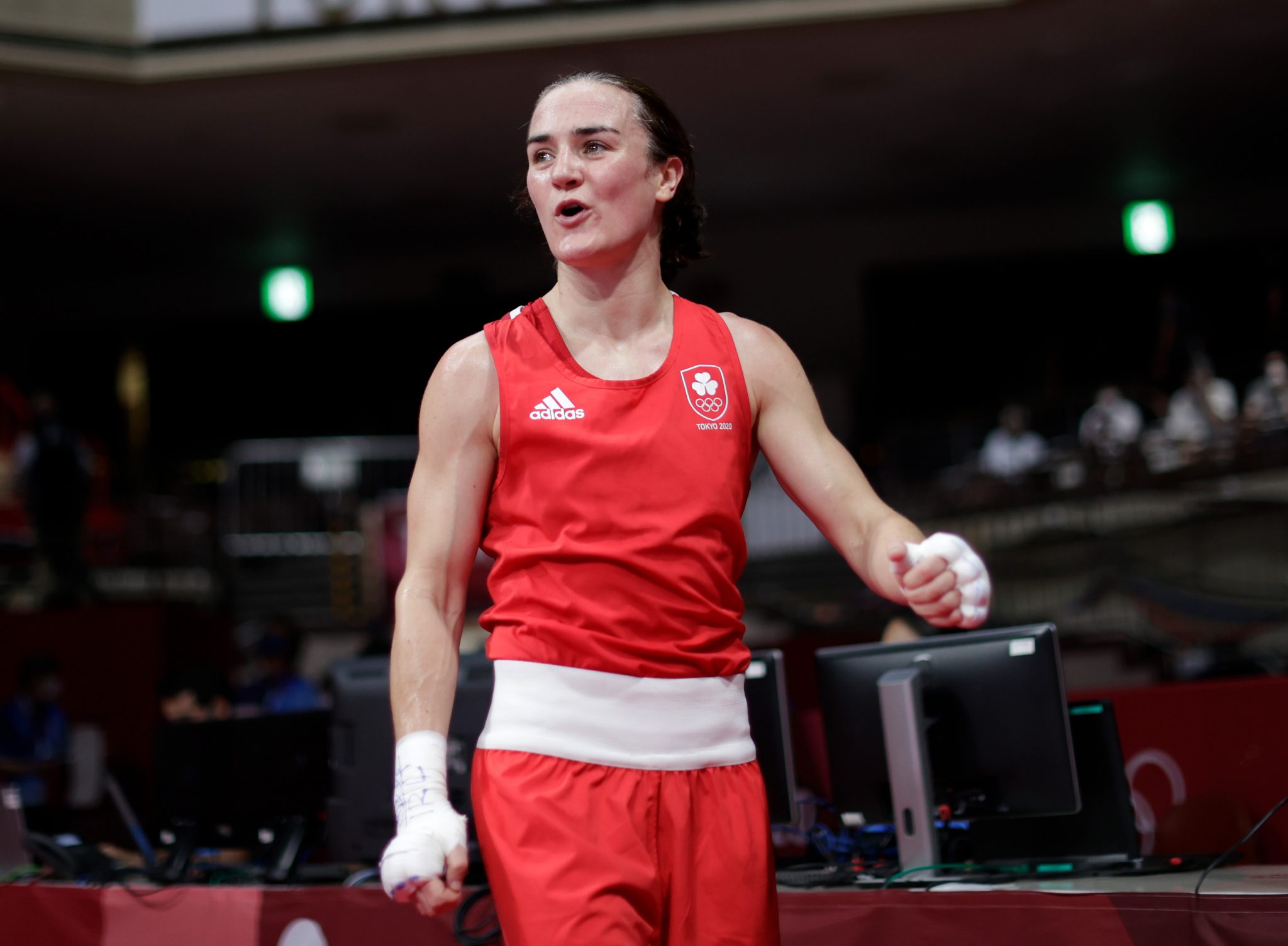 END_OF_DOCUMENT_TOKEN_TO_BE_REPLACED

Harrington spoke about how she's faced her Thai opponent before, and how it was an incredibly close fight.

END_OF_DOCUMENT_TOKEN_TO_BE_REPLACED

The boxer praised Seesondee's skills: "She’s a fantastic operator. She has a really strong left-hand so I was trying not to get hit with that, trying to tease her on, make her throw and then counter.

"I felt a bit more comfortable towards the end, standing instead of running and it’s fantastic, just brilliant."

Harrington added that she'll work with her coaches to come up with a plan for Sunday's fight.

"It'll be exciting," she said. "It’s just going to be what will it be. I'll speak to the coaches, we’ll come up with a plan all together and start to work on that.

"As my brother says, the last mile is never crowded and that’s the way it does feel sometimes. It does feel very lonely but I suppose the’s the difference to be able to hold on in there and keep it going."

popular
Love Island's Adam Collard and Paige Thorne are "on a break"
Netflix's Dahmer series' inaccurate key detail changes everything
Here are the baby name trends set to dominate 2023
5 delicious brunch spots around Ireland to try out on your next trip with the girls
Irish twins featured by Gucci during Milan Fashion Week
Maisie Williams speaks about "traumatic" relationship with father
Here is the reported I'm A Celeb All Stars line-up
You may also like
1 month ago
Taking up golf? This free app is an amazing beginner's guide for anyone starting out
3 months ago
WATCH: Incredible moment coach saves swimmer as she faints underwater
3 months ago
Gerard Pique and Shakira announce they have split after 11 years
5 months ago
Transgender women no longer allowed to compete at British female cycling events
5 months ago
Young British rugby star passes away aged 20 following injury
7 months ago
Coleen Rooney says she's learned to 'live with' Wayne's cheating but they're not 'lovey dovey'
Next Page