Last year wasn't an easy one for the Mayo ladies.

Headlines and lots of attention - and very little of it for their football - but with that turbulent spell behind them, team captain Niamh Kelly insists that they're a united group now and that the sideshow is well and truly behind them.

"It was tough, it came at a bad time," she says at the John West Féile day.

"We were ten days away from a championship game against Cavan. We just had to put everything behind us and focus on the game.  That championship game was vital for us. We had to go out and play football. On the day we went out all guns blazing. Whatever 15 took to the field that day all had to work hard and everyone did."

And that's been the trend since. The team are down almost 12 players since 2018 but there's a fair pool of talent out west and even though the League didn't go as well as they'd hoped, they're optimistic about the championship now with plenty of young players showing well. 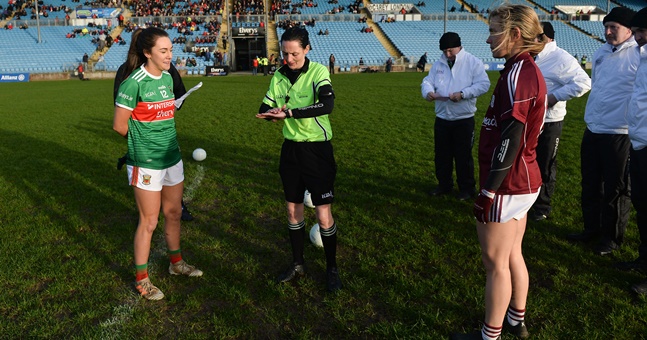 Youth is the way forward and that's reflected in the choice of Kelly as captain for the year.

"It's good. I never dreamed that I would be captain at 23. It's a big step up. I suppose last year I was one of the younger players on the team. The most important thing is to make sure that everyone is enjoying it because if you're enjoying it you'll play your best," she says.

With ever increasing levels of commitment required, it's often remarked that the enjoyment is being taken out of it. Mayo's training arrangements certainly help avoid this.

"Myself, my sister, Sinead Cafferky, Sarah Rowe,  a new girl Roisin Flynn, Ann Duffy and Michelle Treacy are just some of the contingent based up in the capital..."

And rather than having these players trekking up and down late into the night on Tuesdays and Thursdays, Peter Leahy's outfit have a clever plan in place.

"We do our training in Dublin on Tuesday and then it’s down to Moate on Thursday, that’s half-way for everybody.

"When we’re all making the same journey then that’s half the battle. We’re in it because we love it. It’s not really a chore." 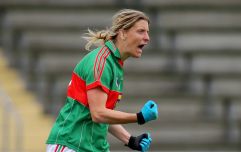 END_OF_DOCUMENT_TOKEN_TO_BE_REPLACED

Another enjoyable factor is the opportunity to play alongside her sister Grace in the green and red, though she knows what it's like to play against her too. Last year, were in opposition in the O'Connor Cup final between UL and DCU. That was some day for the family.

"It was weird. It was mother's day as well and I remember my mother was there as well, sure she didn't know who to shout for - if anyone had the ball she'd be shouting for them - me if I had the ball and Grace if she did. We ended up winning by a point but it was weird at the end. It was mixed emotions really - like to celebrate it, but I ran over and gave Grace a hug as well..

"We were actually slagging each other all week if either of us got the ball - it was like, 'you go back and mark Grace and distract her' but no we were both in the forwards." 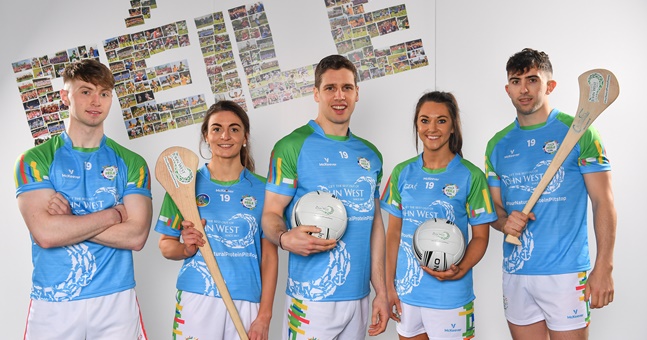 popular
Selling Sunset's Chrishell Stause reveals "the brokerage has split"
4 new additions to Netflix to spend your weekend watching
The sentimental engagement ring trend you're going to see a lot of for the rest of this year
Someone has ranked the penis size of men from all over the world
Lidl is stocking dog Halloween costumes next week and sorry now, how adorable?
People are convinced that Princess Eugenie is pregnant because of this Instagram post
The Pursuit Of Love is period drama that will be your next TV obsession
You may also like
3 years ago
Even Chelsea players want Mayo to beat Dublin in the All-Ireland
3 years ago
Marty Morrissey went pure Mayo with his reaction to an Andy Moran special
10 months ago
The Leinster women’s rugby team are set to play a massive game in Twickenham stadium
10 months ago
South Africa has beaten England in the rugby world cup final
10 months ago
Katie Taylor has weighed in for tonight's WBO super lightweight title fight
10 months ago
'We call it our Everest'- Hockey star Lena Tice on Olympic aspirations ahead of a massive weekend
Next Page