The 36-year-old is due to have her sixth professional fight in March.

For many in the boxing world, the late Muhammad Ali remains an icon. Indeed many in the sport believe if they could emulate even some of what "The Greatest" achieved, they'd be doing well.

For Nicola Adams, the heavyweight champion who won 14 unified title bouts over the course of his career, is her sporting hero.

Ahead of her fight on March 8, the pro boxer is hoping for a knockout win at London's Royal Albert Hall - a venue where Ali boxed in the 1971 and 1979 exhibitions. 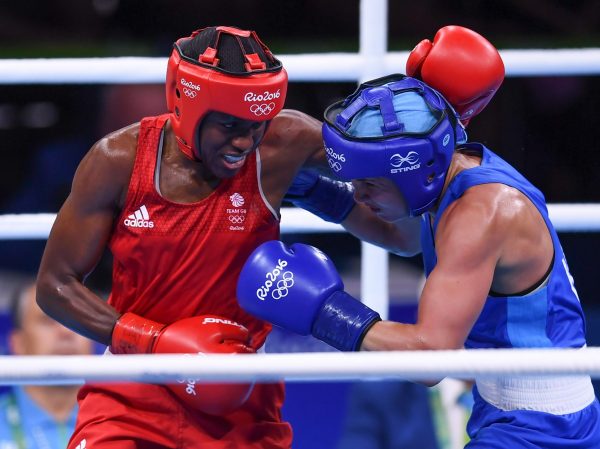 END_OF_DOCUMENT_TOKEN_TO_BE_REPLACED

The Leeds native is indeed a force to be reckoned with. In London's 2012 Olympics and again in Rio four years later she won gold in the women's flyweight division.

The following year she turned pro and Nicola's forthcoming fight in London marks her sixth since she made the switch.

"I want to make a big statement. I can't wait to get out there and get going."

Chatting about the move into the professional sphere she said:

"I've achieved everything there is to achieve as an amateur, and I wanted to go on and get the world title as a professional boxer, just like my hero Muhammad Ali.

"To think he's boxed in the same arena I'm boxing in is unbelievable for me. To come away with a world title and call myself a world champion is every boxer's dream. I can't wait to get in there to be able to perform and prove to people I belong at world level."

Indeed with that kind of zeal, determination and a proven track record of success, Nicola Adams indeed looks set to become the female Ali.

popular
The internet is saying the same thing after Ryan's Toy Show opening
Vicky Phelan says terminally ill people should have right to decide how to die
You can rent out the house from House of Gucci on Airbnb
The best memes from this year's Late Late Toy Show
Strictly's Giovanni Pernice responds to dating rumours following split from Maura Higgins
We finally know what happened to Sam in And Just Like That
Omicron variant symptoms are mild so far, says doctor who discovered it
You may also like
1 year ago
BBC broadcaster Holly Hamilton: "It feels like the soul has been taken out of sport"
1 year ago
Meet Tiffany Faaee: the first female coach in U.S. men’s professional rugby history
1 year ago
20x20 asked Irish women to post videos showing their sports skills and damn girls!
2 years ago
The Leinster women’s rugby team are set to play a massive game in Twickenham stadium
2 years ago
You can help make history by supporting the Ireland women's soccer team this month
2 years ago
Connacht Rugby announces three-year sponsorship to encourage more young girls to play rugby
Next Page