People absolutely loved the Katie Taylor documentary and here's why

RTÉ aired Katie last night and the reaction has been immense since.

As one person aptly noted, there is a lot of people across the country with bags under their eyes today and it's all Katie Taylor's fault.

Yes, the eponymous documentary was shown last night on RTÉ One at 10:15pm and people couldn't switch it off.

The film follows Bray born Taylor on her quest to become one of the best and most respected Irish athletes as she breaks into the competitive world of professional boxing. 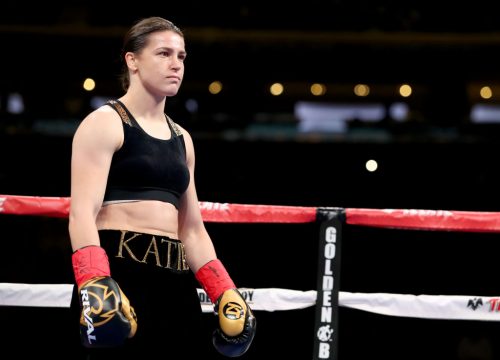 END_OF_DOCUMENT_TOKEN_TO_BE_REPLACED

It follows the highs and lows of Katie's career, including her stunning Olympic gold medal win at London 2012 followed by the shock events that followed in Rio four years later.

The intimate documentary even shows the limitations Katie faced as a girl when she first entered the world of boxing. Few people know that Taylor had to pretend to be a boy as a young boxer because girls weren't allowed to box in Ireland at the time. Taylor also had to bang down the door of the Olympics to get female boxing into London 2012, where she famously won the gold medal. 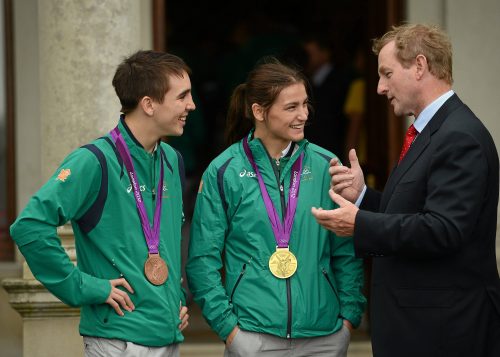 While people loved the documentary for many reasons, three kept reoccurring on Twitter. Namely, her sense of integrity, her resilience and how she pulled herself up after Rio and the fact that Katie is such a good role model for young women.

My success in the ring doesn't mean as much as my integrity. The most powerful revealing statement off all from the legend that is @KatieTaylor #Katie #RTEOne

I absolutely loved #Katie. Really intimate and insightful portrayal of Katie Taylor's struggles and successes. It's not that I didn't admire her before now, but now I'm in complete awe. What a strong character. She's an amazing role model.

Watching @KatieTaylor’s doc on rte. What an inspirational woman, so honest and driven. From my time in Bray I saw how positive her influence was on the kids from her area. She showed them the power of hard work and perseverance #Katie

Watching the moment after @KatieTaylor got knocked out of Rio: my heart broke for her then, it has again tonight watching it back. But she has proven herself since, maintained her integrity and is very much still Irelands finest female athlete. A legend. #Katie #20x20

popular
The internet is saying the same thing after Ryan's Toy Show opening
Toy Show viewers can't get enough of Finn from last night
Irish man dies after car hit by falling tree
Viewers in bits after Barry Humphries congratulates Dermot O'Leary on coming out
We finally know what happened to Sam in And Just Like That
Four teenage boys arrested on suspicion of murdering 12-year-old girl in UK
I'm A Celeb bosses 'fear mass walkout' as three stars have medical treatment, report says
You may also like
1 year ago
BBC broadcaster Holly Hamilton: "It feels like the soul has been taken out of sport"
1 year ago
Meet Tiffany Faaee: the first female coach in U.S. men’s professional rugby history
1 year ago
20x20 asked Irish women to post videos showing their sports skills and damn girls!
2 years ago
The Leinster women’s rugby team are set to play a massive game in Twickenham stadium
2 years ago
You can help make history by supporting the Ireland women's soccer team this month
2 years ago
Connacht Rugby announces three-year sponsorship to encourage more young girls to play rugby
Next Page